Posted by Parents for Choice in Education on February 20, 2018 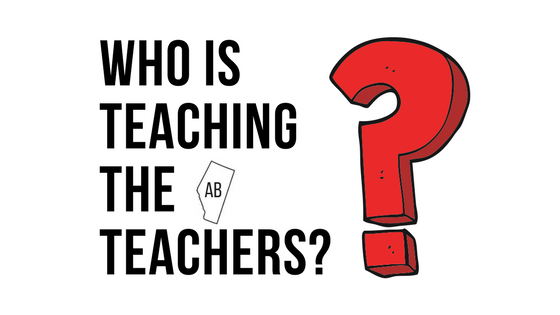 Parents for Choice in Education (PCE) advocates for excellence in education through maximum parental choice.

An important aspect of achieving excellence in education is to ensure that those providing support to students and staff in Alberta demonstrate the highest standards of expertise and professionalism.

Thanks to several PCE supporters, we were made aware that Dr. Kristopher Wells from the Institute for Sexual Minority Studies and Services (iSMSS) is listed as one of the keynote speakers at the Palliser District Teacher’s Convention on Thursday February 22, 2018.

This convention is organized by the Alberta Teachers' Association.

PCE originally sent a letter to the superintendent, trustees and principals of Palliser Regional School Division to make the leadership aware of serious concerns regarding those providing professional development support to their teachers at the Convention.

After we sent the letter, we were made aware that the Palliser Regional School Division is a separate entity from those organizing the Teacher's Convention and that those attending this Convention included teachers from many more school districts:

For those with children attending schools in the above districts, please feel free to use our letter, in part or full, to demand that your school district ensures the highest standards of professional public conduct are upheld by organizations and individuals who provide support and resources to the students and staff within your district.

We suggest that concerned parents contact the teacher(s) and principal of their school and that residents of these areas can contact their elected school board trustee.

PCE has also sent a letter of concern to the Alberta Teachers' Association president Greg Jeffery regarding their choice of keynote speaker for this convention. His e-mail is [email protected] if you wish to do the same.

We are sending you this message to express serious concerns regarding one of the keynote speakers invited to the Palliser District Teacher’s Convention on Thursday February 22nd, an event organized by the Alberta Teachers’ Association (ATA).

Parents for Choice in Education, as an Alberta-based advocacy organization, represents parents and citizens across the province, including many parents and teachers within the school districts attending this convention.

Based on the ATA’s commitment to ensure Alberta schools are welcoming, caring, respectful and safe learning environments, it is essential that the highest standards of professional public conduct be upheld by organizations and individuals who provide support and resources to Alberta teachers.

One of the keynote speakers listed for the Palliser District Teacher’s Convention on February 22nd is Dr. Kristopher Wells, Faculty Director for the University of Alberta’s Institute for Sexual Minority Studies and Services (iSMSS).

We encourage you to review examples of the public conduct demonstrated by iSMSS and its directors*:

- posting letters received from concerned parents to social media, inviting friends to mock parents
- media quote comparing thousands of concerned parents and teachers at a peaceful rally with a violent shooting in the United States

- legitimizing the use of the Sex A – Z cards with youth, including content such as F is for Felching (“the act of sucking semen from your partner’s butt”) or G is for Glory Hole (“A hole in a wall intended to have anonymous sex through often in washrooms, bars or bathhouses.”)

We fully support teachers receiving the appropriate professional training they require to meet the diverse needs of children in schools and urge the ATA to uphold their commitment to  welcoming, caring, safe and respectful learning environments in Alberta schools by ensuring that anyone entrusted to provide support to staff and students exemplifies only the highest professional standards of public conduct.

Thank you for your time and attention to this matter.