In order to ensure safe, caring, respectful and welcoming learning environments, it is essential that the highest standards of professionalism are upheld by any external, third-party organizations and individuals who are asked to provide support and resources to the students and staff within Alberta schools.

It has come to our attention that organizations/individuals continue to provide supports to children and/or staff within various school districts in Alberta, despite the fact that they have repeatedly and publicly demonstrated unprofessional conduct.

Following are specific examples of the unprofessional conduct which have led to our concerns. 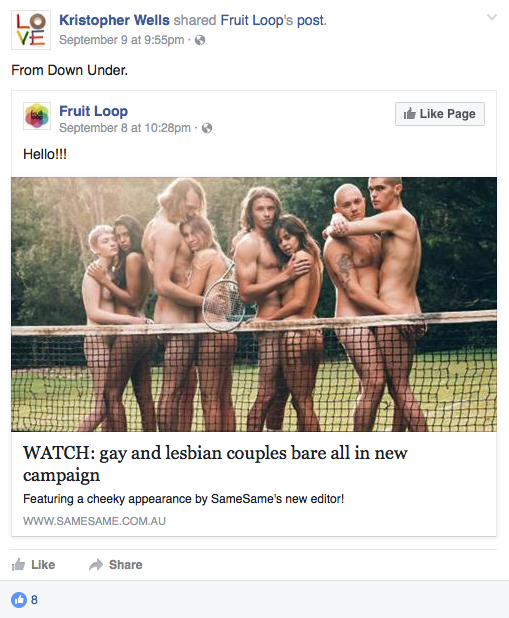 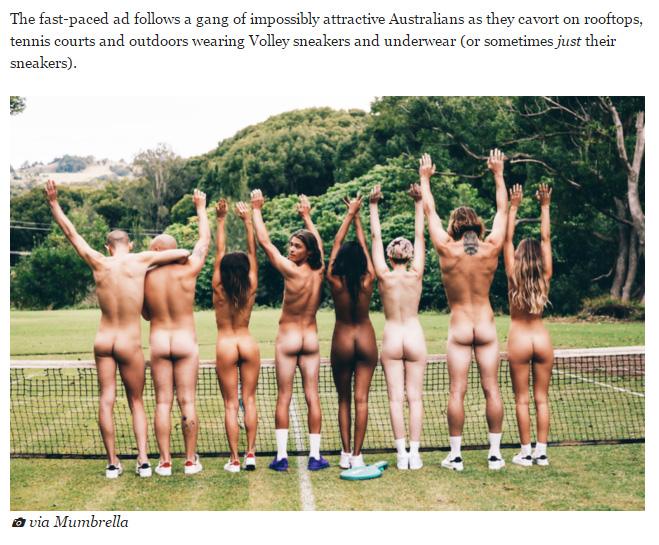 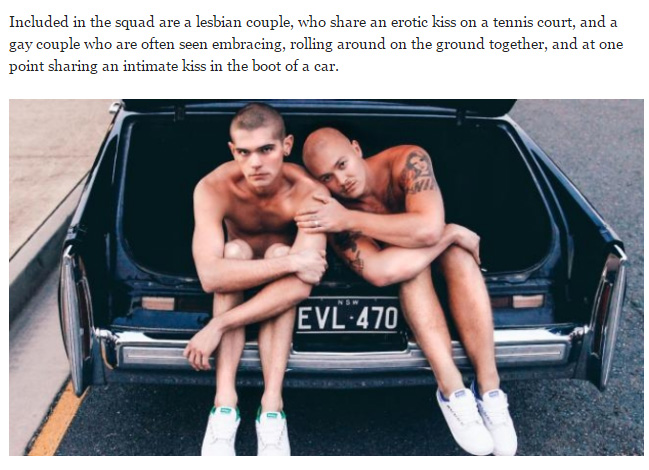 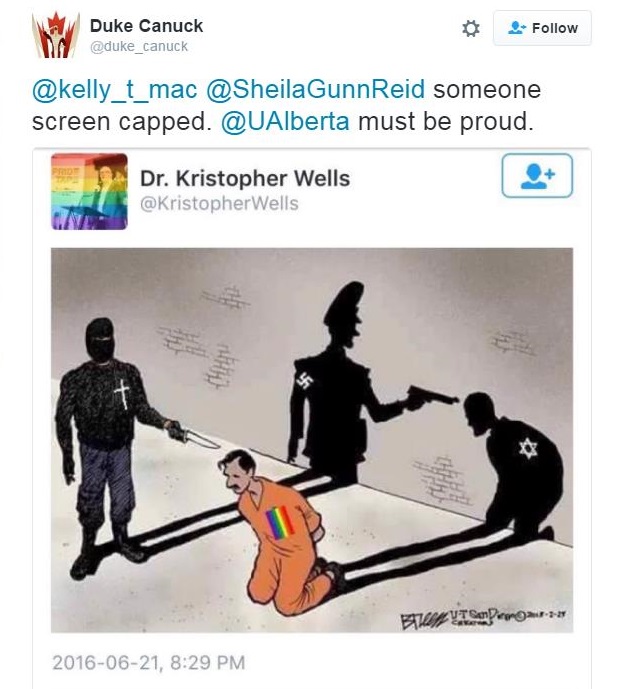 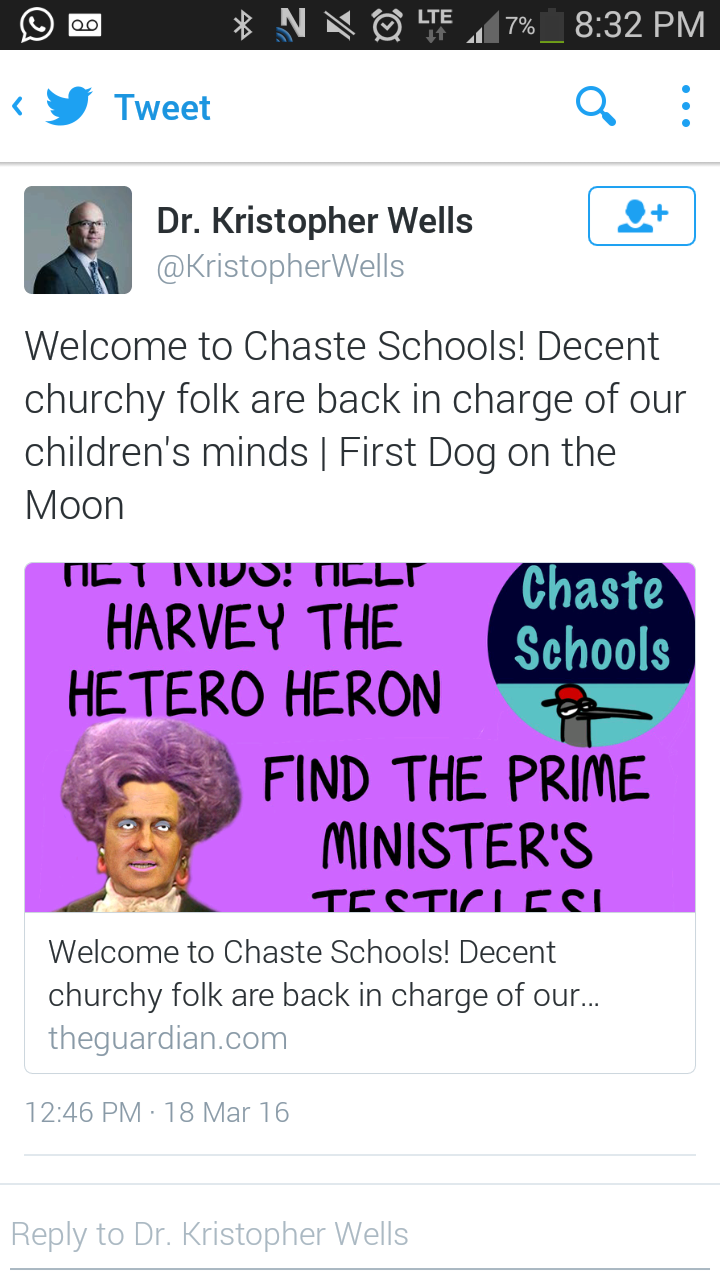 4. Re-tweet of an article that describes, and appears to condone, sexual activity in public spaces (article excerpt below or read full article here)

5. Public criticism of Toronto police for their crackdown on sex acts happening in a public park following neighborhood concerns. 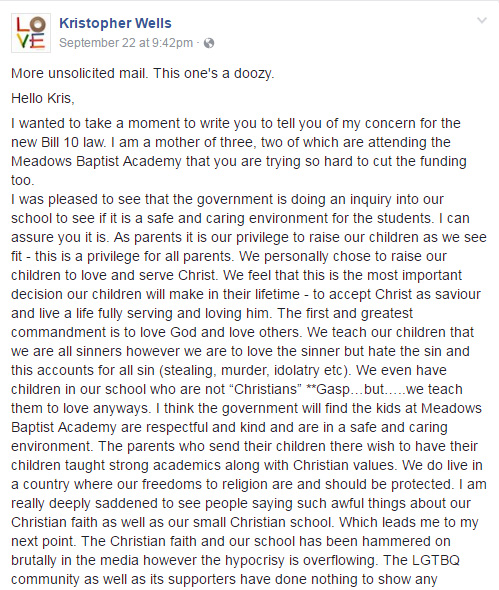 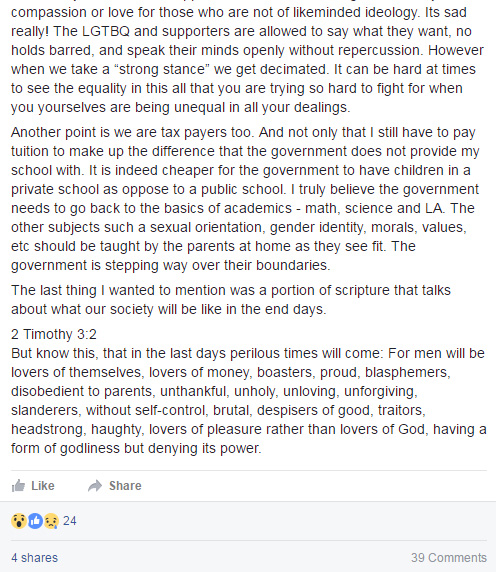 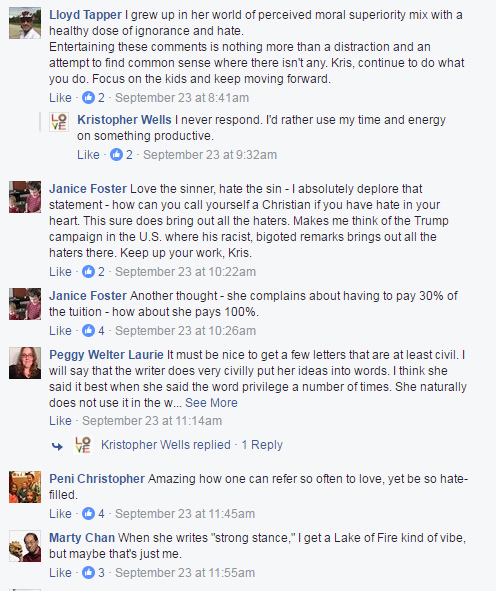 2. Media quote comparing thousands of concerned parents and teachers at a peaceful rally with a violent shooting in the United States

On May 14, 2016 Parents for Choice in Education (PCE) sponsored tremendously successful simultaneous peaceful rallies at the Legislature (Edmonton) and McDougall Centre (Calgary), with 4300+ in attendance who respectfully voiced concerns regarding parental involvement in education.

However, Dr. Wells – who was not even present at the rally to hear for himself the perspectives that were shared – promoted an alarmingly inaccurate characterization of the thousands of Albertans who participated in the event: 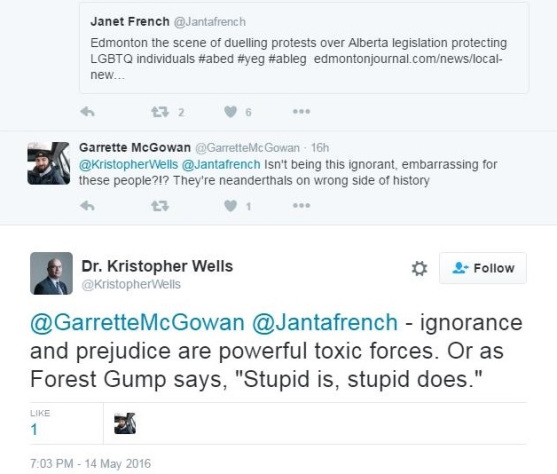 But he didn’t stop there. According to a June 13th Edmonton Metro article about the Mayor’s Pride Brunch, which took place the morning after the horrific Orlando shooting, Dr. Wells again made inaccurate reference to those who attended the PCE rallies:

Kris Wells knew he had a captive audience Sunday at the Mayor’s Pride Brunch and he didn’t hesitate to use the opportunity… Many speakers alluded to the shooting but chose to concentrate on the celebration of youth. Wells did, too, but couldn’t resist pouncing ever-so-noticeably on some in the crowd, including leaders from political parties whose members sometime run off-message when it comes to strong support for the LGBTQ community. “We can’t forget that people still come to legislature to protest against the right of LGBTQ youth to be safe in their classrooms,”

…. “Just look at the legislature and look at those parties that still refuse to or won’t support the minister of education’s LGBTQ guidelines, or the parents groups that are protesting against the right of LGBTQ youth to be safe in schools,” he said.

“These kinds of messages of intolerance, prejudice and discrimination are what spawn into hate and what turn into violence.”

These public comments imply an offensive and outrageous illogical association between the violence of the Orlando massacre and Albertans’ concerns about parental involvement in education (which are erroneously misrepresented as protesting “against the right of LGBTQ youth to be safe”).

2. Legitimizing the use of the Sex A – Z cards resource with youth.

Below are some sample letters from the Sex A - Z cards resource (READ FULL RESOURCE HERE): 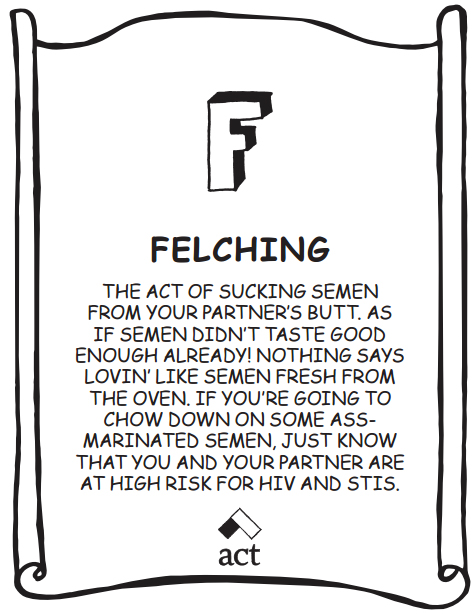 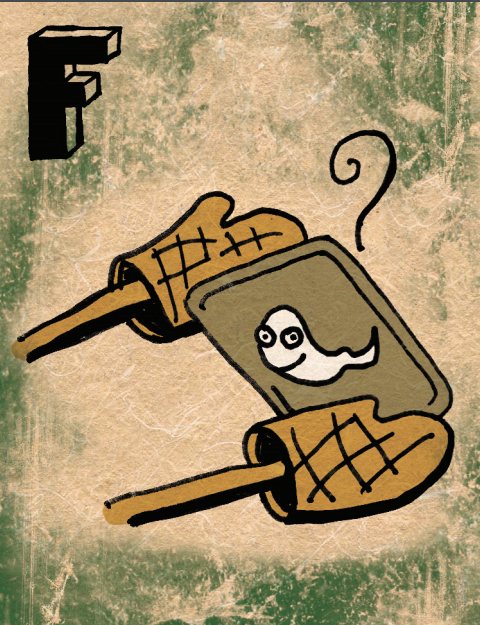 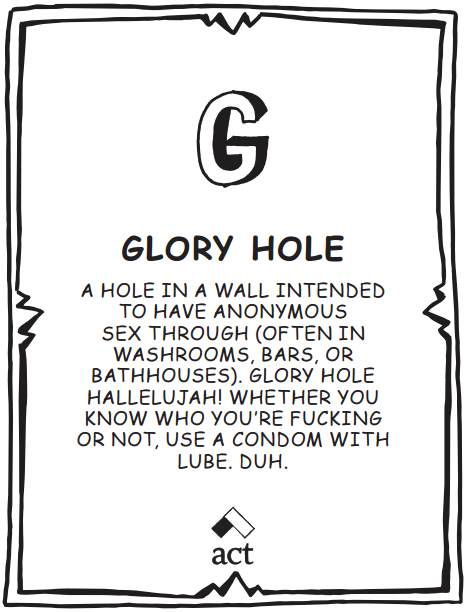 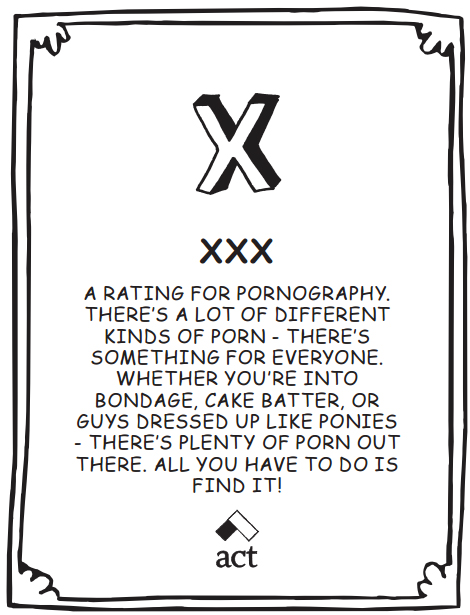 This letter was written by Dr. Andre Grace, the Director of C.H.E.W. as well as the Faculty Director of the Institute for Sexual Minority Studies and Services (iSMSS).  Both of these organizations advertise programs for children in Alberta schools (see HERE and HERE). 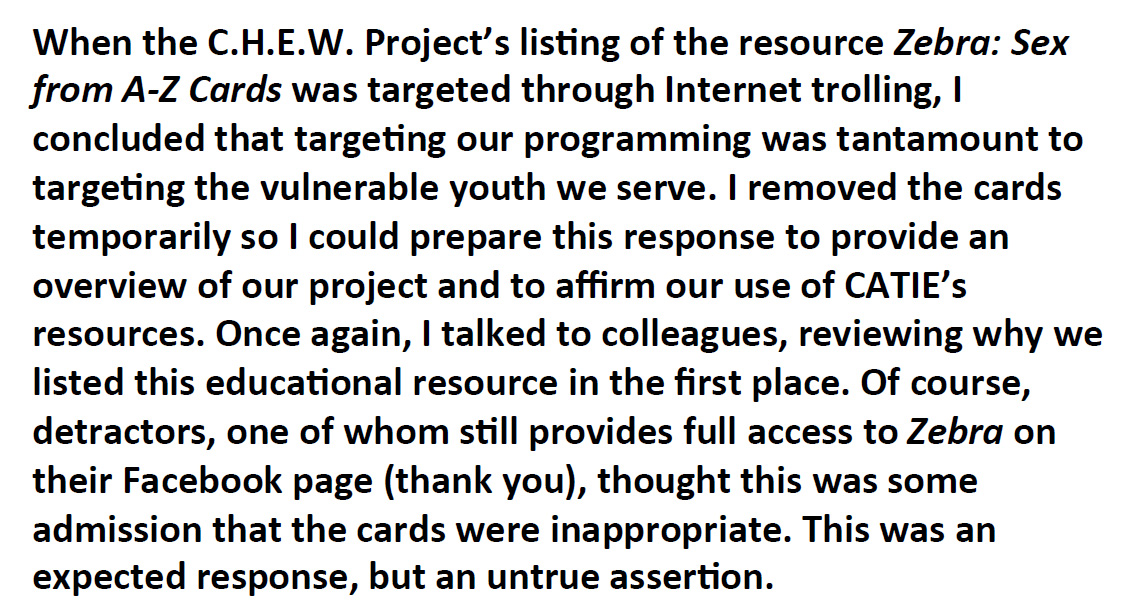 In order to ensure a safe, caring, respectful learning environment for all Alberta students it is imperative that professional standards are created and enforced to ensure that organizations and individuals providing support to staff and students exemplify the highest standards of professionalism in their public conduct.

We urge all superintendents, school board trustees, principals and teachers to take prompt action regarding this important issue.