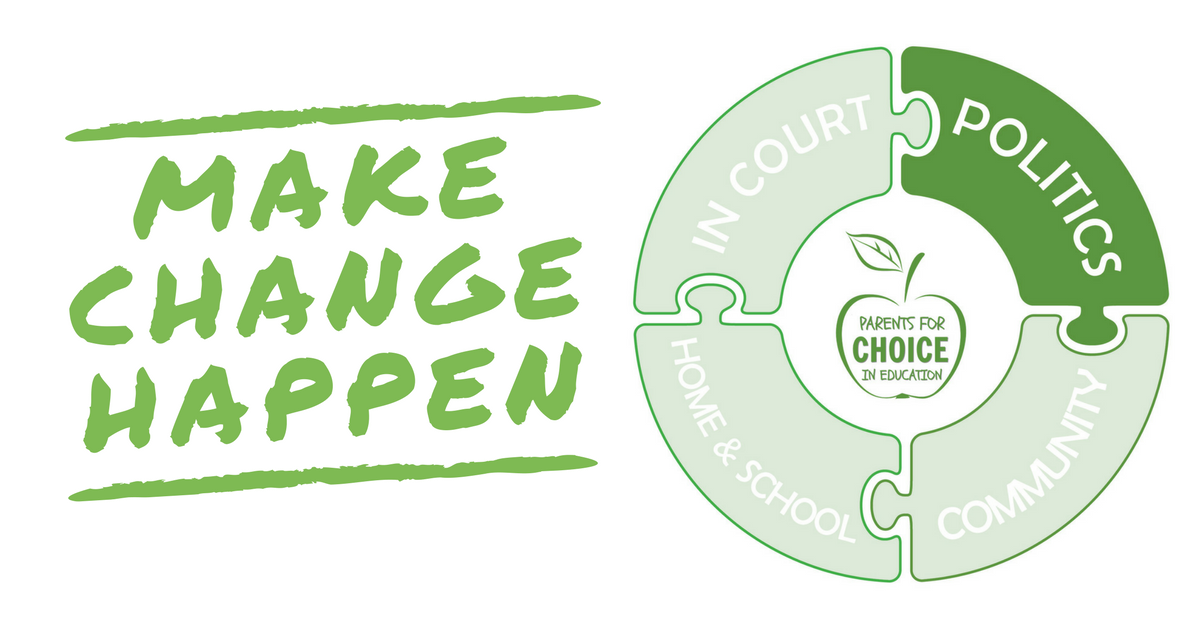 How can you exercise a greater influence over the direction of our province, including our education system, rather than leaving that influence to others who may or may not share your priorities, values and concerns?

PCE urges Alberta citizens who are concerned about the direction of education to become proactively engaged and involved in the key opportunities listed below.

Invest in a membership to a political party

Membership in a political party amplifies your influence by giving you access to several members-only internal processes which have a tremendous impact on the landscape of our province. An annual membership is often around $10 for the entire year and is open to anyone ages 14+.

As Randall Denley wisely stated in an Ottawa Citizen column:

The first step in becoming more engaged politically is to purchase a membership to a political party.

To assist you, we have provided below the website links to political parties with recent representation in the Legislative Assembly, in order to help you discern which party or parties will best reflect your values and priorities:

Do you want to:

Members of a political party who attend the Annual General Meeting (AGM) wield a tremendous influence over the direction of their party because their votes determine final decisions on policies, governance by-laws and the election of individuals who lead the internal operations of the political party (i.e. the Executive Board).

Once you are a member of a political party then you should be notified of your party's annual general meeting. Being at the AGM is a critical way to amplify your voice and impact.

Get involved in your local constituency association

After you purchase a membership in a political party, you can also get involved in your party's local constituency association to ensure the group is informed and responsive to the provincial and local needs and challenges being faced by Alberta's K-12 students and their families.

Through ongoing, proactive involvement in your constituency association you will have more opportunities to meet other like-minded people in your area and make an impact.

Get involved in nominations

Long before election day, each political party engages in an internal process within Alberta's 87 electoral districts. Often this process involves individuals putting their names forward, vying to become the one whose name will appear on the ballot as an MLA candidate for their political party in their constituency.

Ensure there is someone on the election-day ballot who you actually want to vote for by getting involved in the nomination process:

Candidates need feet on the ground and financial support to help them succeed at gaining a seat in Alberta's Legislative Assembly.

Volunteers help make phone calls, host events and deliver literature to help spread the word about voting for their preferred candidate, whether in a nomination race or in a general election.

Donor contributions help ensure that the candidate has essential funds to print signs, brochures and cover other necessary expenses.

By contributing your time and financial resources, you can help strong candidates to succeed.

PCE continues to build an action team of citizens who are committed to getting more involved in order to strengthen freedom and education choice in our province.

We will be hosting video conference training sessions throughout the year, sharing key information regarding specific, targeted opportunities that arise. This network will proactively work to support families and freedoms in the area of education going forward.

If you are interested in being part of this key team of people, please e-mail Theresa Ng, PCE Communications Advisor, at [email protected] for more information.

The necessity of taking action

The greater the number of PCE supporters who are meaningfully engaged and mobilized, the stronger our impact will be toward ensuring the best possible education system both now and in the future!

When it comes to time-specific opportunities, ensure you stay up-to-date and receive updates directly to your inbox by subscribing on our homepage if you have not already done so.