The 87 people we need to care about

Posted by Parents for Choice in Education on March 01, 2019 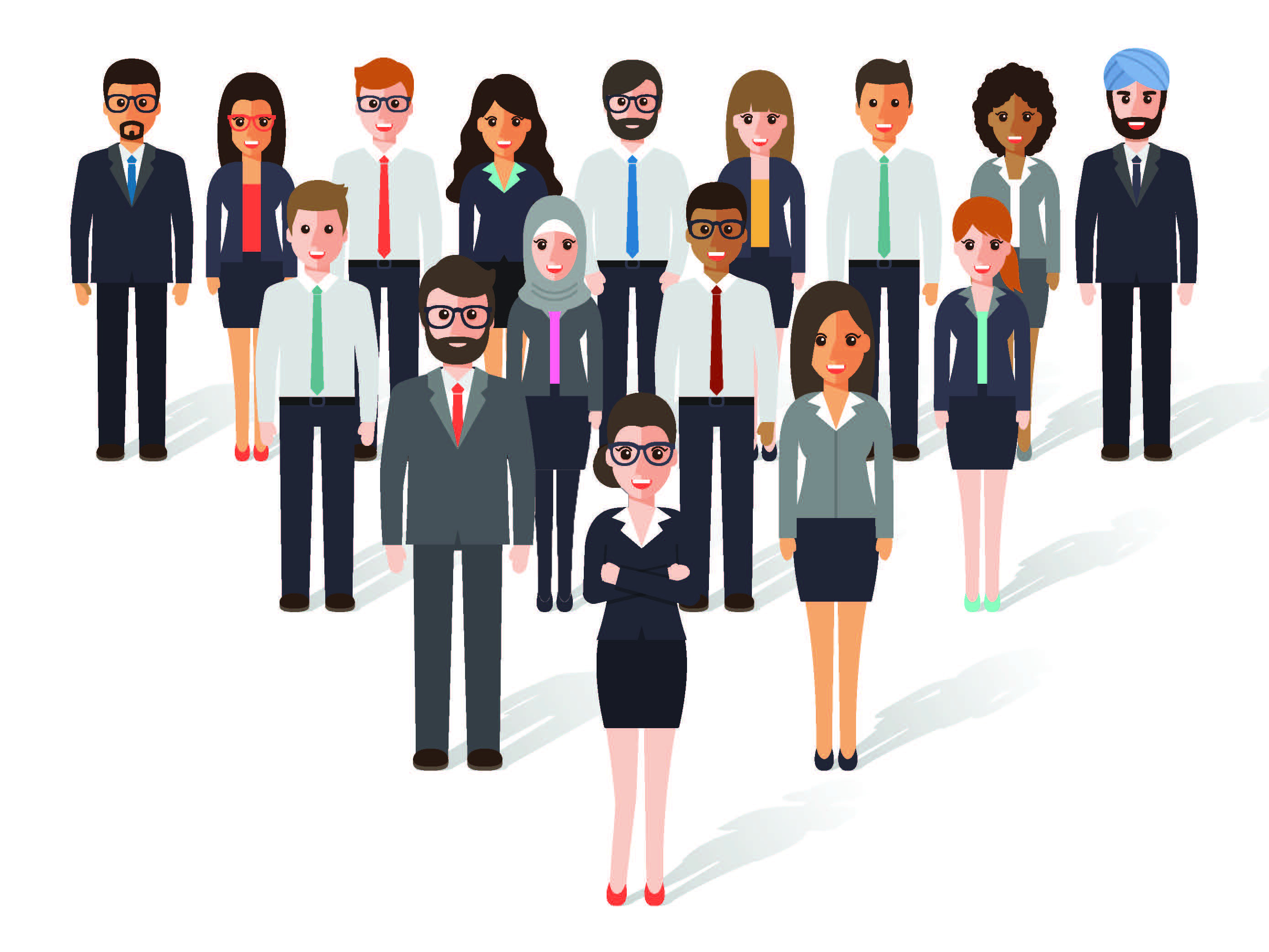 When people think of politics there are varied reactions.

While some find politics fascinating and intriguing, many others view politics as:

Yet whether we like politics or not, we cannot escape the effects of politics on our lives.

In fact, almost every aspect of our daily lives is governed by some sort of political decision:

Most of us take these laws, rules and regulations for granted, seeing them as fairly solid and reliable.

We tend to assume that the same laws and rules which govern us today will still be there tomorrow.

But that is simply not the case.

In reality, laws, rules and regulations are not solid at all.

With just a stroke of a pen or the edict of a leader – even a leader who has been democratically elected – laws, rules and regulations can change significantly.

And as a result, the way we experience the world on a daily basis can also change very quickly, for either better or worse.

Over the past several years we’ve witnessed significant changes when it comes to the education laws of this province.

For example, what happened when the education minister didn’t have legal authority over certain policies of independent schools in Alberta?

His party simply created a new law that gave themselves the authority they didn’t have before - and they did so quite easily because their party has a majority of the 87 votes in the Legislature.

As a result, we now have dozens of schools who are threatened with losing funding next year if they do not comply with the imposition of “Safe and Caring” policies - policies that would force them to undermine their core identities and reasons for existence.  Many of these schools are now involved in a court challenge against the Alberta government.

When it comes specifically to our province, here are a few specific questions for you:

The 87 people who pass the laws that govern our province do not magically materialize.

They are elected by us - the citizens of Alberta - to become Members of the Legislative Assembly (MLAs).

Parents for Choice in Education has been working hard behind-the-scenes the last few weeks to prepare for the provincial election, anticipated to be called anytime now.

Sign up on the PCE homepage if you have not already done so to ensure that you receive further information about how you can be equipped and involved.

Consider forwarding this link to family and friends, encouraging them to do the same.

We have been entrusted with a gift of tremendous value – the opportunity to participate in a democracy and enjoy its associated rights and freedoms.

Let’s be wise stewards of those gifts, recognizing that it is the seeds we sow today – whether those of complacency, apathy and inaction or those of active engagement - that will grow the future our children will reap.

On Saturday March 2nd at 9 AM, the Alberta Teachers’ Association (ATA) is hosting and live-streaming an all-party forum on public education.

According to the ATA:

“On March 2, representatives of Alberta’s major political parties will sit down with teachers to discuss the future of public education in advance of a provincial general election. The ATA’s All-party Forum on Public Education will feature representatives from the NDP, UCP, Alberta Party and Liberal Party who will outline their plans for public education.”

The ATA has stated this forum will be available on their website homepage for public viewing and you can also access it from their event announcement page to watch live or watch later. 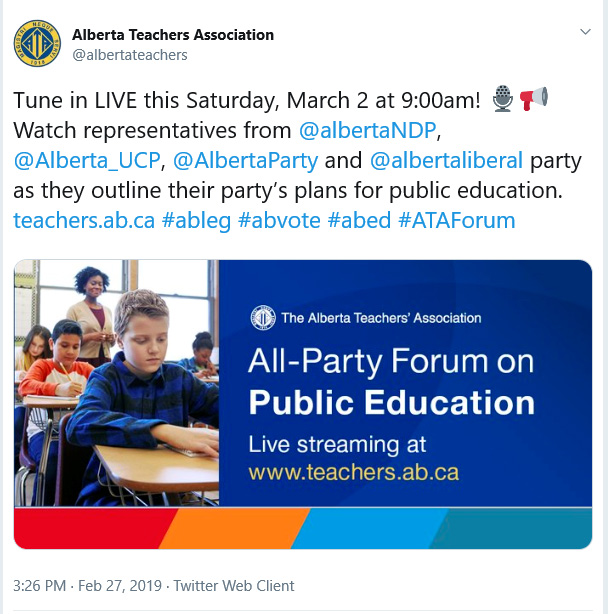 "Clearly, the increase in spending on Alberta education has not improved academic performance. That should concern all parents, policy-makers and taxpayers... The numbers don’t lie: something must be done about declining student performance in Alberta. Policy-makers in Edmonton and in school districts around the province can learn from other jurisdictions and what’s been successful in Alberta in the past."  [READ MORE]

“We must address real concerns with our math curriculum, work to improve literacy and give our students important life skills, like teaching them how to balance a household budget. We need to make it clear that climate change is real and foster discussion about the future of our planet. We need to better recognize reconciliation. We need to update archaic thinking around LGBTQ rights.” [READ MORE]

FROM THE PCE ARCHIVES...