Which Politicians Will Stand Up for Our Children!?

Posted by Parents for Choice in Education on March 15, 2017 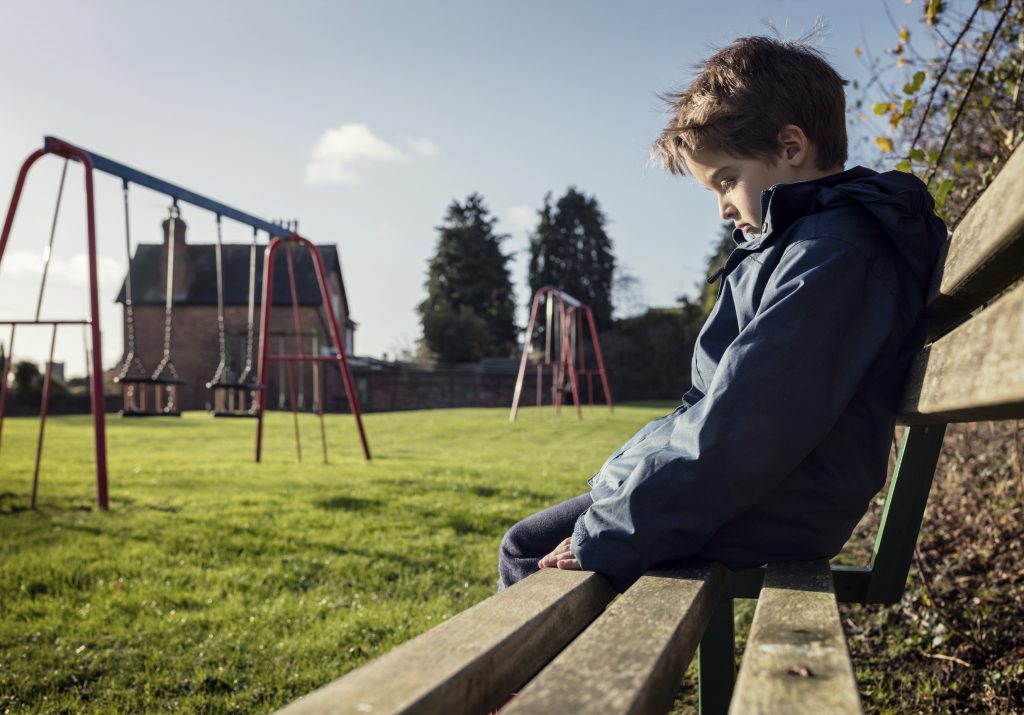 Open Letter to Our Elected Representatives and Candidates for Election

To our elected representatives and candidates for election,

You need to call out the use of public dollars going to the Institute for Sexual Minority Studies and Services (iSMSS)!

We thank Wildrose Education Critic Leela Aheer for making a Member's Statement in the Legislature on March 14, 2017 (CLICK HERE to read her statement in Hansard - see page 245).

We released this news across the media at 5 a.m. on March 14, 2017, but the media (save a few) largely ignored it and from our elected representatives, with this exception, SILENCE. We ask the opposition in the Alberta Legislature to go further.

iSMSS has lost the public trust and should be removed from all positions of consultation as regards K-12 Alberta students, including the curriculum rewrite.

The Alberta Government should enlist professional psychiatrists, counsellors and health professionals that can be trusted to support vulnerable children in a moral and professional manner!

PCE is not opposed to school clubs where parents and schools are welcomed to assist the students and all outside resources of a sensitive nature are properly vetted, with consent given by parents prior to use in curricular and extra-curricular activities (a parent, Theresa Ng, found this sexually graphic material; where was iSMSS and the Government of Alberta?).

Please do more for families in Alberta!

1) Demand that a regulatory process be put in place that makes parent consent and notification non-optional in schools (our children had access to sexually explicit material for months and a parent had to find it before it was stopped!),

2) Ask for an apology from Kris Wells, Director for iSMSS, whose first statement (listen to the interview with Donna Trimble on yesterday's News Talk 770 with Danielle Smith) was the usual deflecting attack on concerned parents as anti-LGBTQ haters rather than concern for K-12 students who have had access to this sexually graphic material since the website was launched in October.

iSMSS and their Director, Kris Wells, did not apologize and instead called parents haters and turned this controversy into a fundraising opportunity, on the very Facebook page that offered children sexually graphic images and articles! 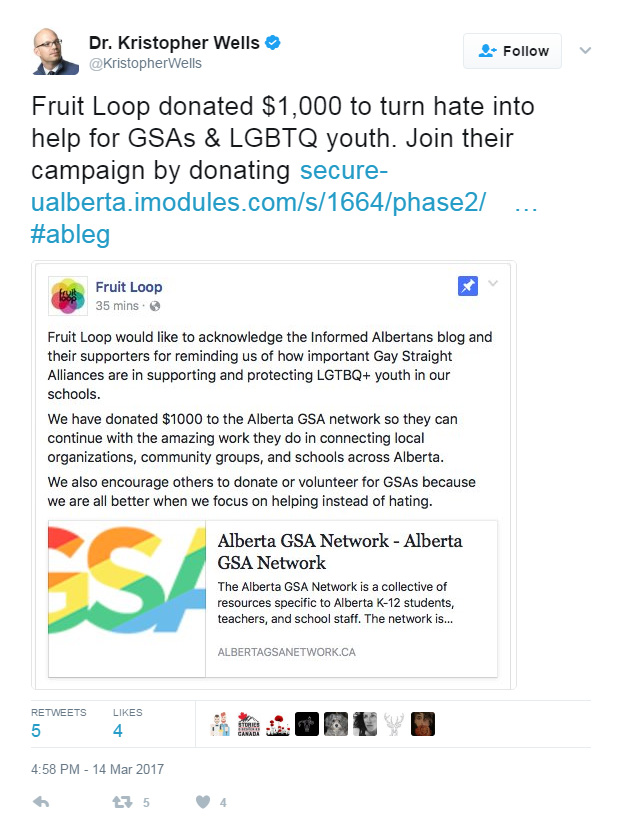 3) Ask if and how students have been impacted?

4) Ask how many tax payer dollars have been directed toward iSMSS, on the Alberta GSA Network or any other projects?

5) State that iSMSS has lost the public trust and should be removed from any further consultation in connection with K-12 resources, counselling or curricula.

6) Ask that the names of the expert working groups be released so parents can be reassured that there will be no further impact on 5-17 year old students by the unprofessional actions of the iSMSS.

8) Insist that legislation is amended to ensure that the autonomy of schools be respected and the sacred relationship between parents and educators be made the priority, over government coercion.

Over 30, 000 people have read Theresa Ng’s article on Informed Albertans, and it has had over 5,000 shares over Facebook!

Parents want to hear you stand up for their children! You will be a hero to your electorate, if you’ll find your voice on this important issue!

Will you assure Alberta parents and taxpayers that iSMSS, along with any associated staff and Directors, are no longer involved in any capacity with the K-12 curriculum re-write or the provision of resources, research or teacher training that is being funded by the Alberta government?

Note to parents: Please feel free to send this article to your elected representatives, including your MLAs and School Board Trustees.

Let the Government of Alberta know enough is enough! Parents need to know how their children are being counselled in schools, and the content they are being offered.

Want to do more?  Sign the Parental Consent is Key Campaign, call your MLA (CLICK HERE to find your MLA), trustees, the Education Minister David Eggen, and the Education Critic Leela Aheer.

On this particular issue you can also contact the President of the University of Alberta, which is central location of the Institute for Sexual Minority Studies and Services:  President David Turpin at Telephone: 780-492-3212, E-mail: [email protected]

PCE thanks PC Leadership Candidate Jason Kenney for standing up for children and their families in Alberta!

This taxpayer-funded website states that it is a resource for Alberta’s students from Kindergarten to Grade 12, meaning that children as young as five could have been redirected to highly inappropriate material.

Why did the NDP Government fund and endorse a website without vetting the materials included?

Or did they think it was appropriate to provide sexually explicit material to children as an “educational resource."

The link to this “resource” has now been taken down. But that happened only AFTER they were caught by diligent parents.

One of the NDP’s advisors on education policy has suggested that parents expressing concern about such explicit content are ‘hateful’ and are ‘creating hysteria.’

Nothing could be further from the truth.

These caring parents have every right to express their justifiable concern about their children being exposed to sexually explicit adult material through the education system. The NDP government should be thanking these parents for raising their concerns, rather than allowing their surrogates to malign moms and dads.

All children have the right to be educated in a safe environment. This includes not being subject to extremely graphic sexual content at a very young age. This shouldn’t be seen as controversial. It’s just plain common sense.

I’ve previously expressed my concerns about the NDP government’s pending curriculum reforms, which are being developed in secret, with the stated goal of making students “effective agents of change.”

Now more than ever, Albertans need to get engaged.

If you agree with me, and you’re ready to get involved, please click the link below to sign up for a Telephone Town Hall that I will be hosting in the coming weeks on the issues around school choice and parental authority in our education system.

Click here to RSVP for the Telephone Town Hall.