The Origin of Public Funding for Private Schools in Alberta

Posted by Parents for Choice in Education on March 31, 2018 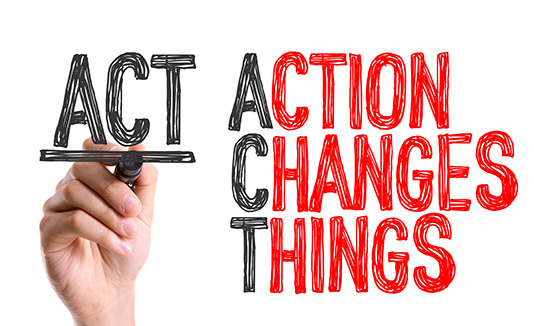 This article, written by Dr. Michael Wagner, was originally published in the Winter 2018 issue of AHEA's HOME Matters magazine and is shared on PCE's website with the author's permission.

PCE thanks Dr. Wagner for his research which not only provides historical understanding of Alberta's public funding for private schools, but also an inspiring example of how a "relatively small group of people, dedicated to their cause and highly motivated, lobbied the government and individual MLAs, and eventually accomplished their goal."

The background to those lobbying efforts is discussed by Professor John Hiemstra of The King’s University in a 2005 article for the Journal of Canadian Studies entitled “Calvinist Pluriformity Challenges Liberal Assimilation: A Novel Case for Publicly Funding Alberta's Private Schools, 1953–1967.” In this article, Professor Hiemstra explains that the campaign to convince the government to provide public funding for private schools was led by Dutch Reformed immigrants, most of whom came to Alberta between 1940 and 1960.

From the Netherlands to Alberta

The government of the Netherlands funded various kinds of religious schools. This is what the Dutch people were used to. However, when Dutch immigrants came to Alberta, they found that the government funded only public schools. As well, there were hardly any private schools in the province. Therefore these immigrants decided to found their own private Christian schools.

Most Albertans did not understand the need for private Christian schools. The public schools were open to everyone and the educational program was based on a philosophy of supposed “neutrality,” neither favouring nor opposing any particular religious perspective. However, some Christians knew that there was no such thing as a “neutral” educational program, and that therefore the actual philosophy of the public schools was secularism.

As a result, Hiemstra writes, the Dutch Reformed immigrants began “to develop independent schools that they believed to be authentically Christian and free of inappropriate government direction and control.” Christian schools were founded “in several communities across Alberta, including Lacombe in 1945, Edmonton in 1949, Lethbridge in 1962, Calgary in 1963, and Red Deer in 1968” (p. 157).

Back in those days, some of Alberta’s public schools still held opening or closing exercises that included Bible reading or praying the Lord’s Prayer. However, those kinds of activities were not sufficient to constitute genuine Christian education.

In January 1966, the Christian Action Foundation, a political organization created by Dutch Reformed activists, presented a brief to the Alberta Cabinet explaining the rationale for distinctly Christian schools: “Christian education does not merely consist of reciting prayers, reading Bible passages, or telling Bible stories. Important as they are, by themselves they do not make a school system Christian. Christian education takes its starting point in the Word of God and in that light seeks to instruct students. Hence we assert that the purpose of education, its contents and methods, must be scripturally directed” (pp. 159-160). Of course, this is the same reason many parents home educate their own children today.

Anyway, with the founding of these new Christian schools, efforts began to convince the Alberta government to provide some public funding for them. The most complete account of these efforts is provided by Stanislaus Digout who wrote a master’s thesis in 1969 for the University of Alberta, entitled “Public Aid for Private Schools in Alberta: The Making of a Decision.” Digout was able to interview many of the key players involved, including Alberta MLAs (Members of the Legislative Assembly) and cabinet members. As a result, his account has been received as authoritative in academic circles.

The first attempt to obtain government funding for private schools in Alberta was made by the Board of the Calvin Central Christian School in Edmonton in the early 1950s. The Minister of Education, Anders Aalborg, was not favourable to the idea and no policy change was made.

Little more was done until the early 1960s when a concerted effort to lobby the government began. Three particular organizations were active on this issue: the Christian Action Foundation, the Association of Private Schools and Colleges in Alberta (APSCA—later known as AISCA, the Association of Independent Schools and Colleges in Alberta), and the Societies for Christian Education that operated schools in Edmonton, Calgary, Red Deer, Lacombe, Lethbridge and Medicine Hat.

One of the key people involved in the initiative was Rev. Louis Tamminga of the Christian Reformed Church who came to Edmonton in 1960. Digout writes that “Tamminga was instrumental in the establishment of the Christian Action Foundation, and was to lead several representations to various members of the Government of Alberta” (p. 45). Another significant player was Dr. William Vanden Born of the University of Alberta who helped to lead the efforts of the APSCA and the Edmonton Society for Christian Education in the campaign for public funds.

In 1962 an opposition MLA presented a resolution to the Alberta Legislature calling upon the government to provide financial aid for private schools. The resolution was soundly defeated. Most of the MLAs and Cabinet members of Alberta’s Social Credit government were opposed to such funding.

However, private school supporters increased their efforts and became even more active in their campaign. Members of the three organizations listed above began to meet with individual MLAs to present their case.

Speaking to the Premier and Cabinet

In December 1963, Rev. Tamminga and John Olthuis of the Christian Action Foundation met with Premier Ernest Manning to present a brief on compulsory unionism. However, after their presentation Premier Manning asked them about the situation of Christian schools. They took the opportunity to explain the case for public funding. Digout writes, “They emphasized the problems created by having to pay full taxes toward support of a public system that they did not make use of, and pointed to Roman Catholics as a denomination enjoying full tax benefits” (p. 59).  Apparently the premier had not previously heard some of the arguments in favour of public funding for private schools.

Rev. Tamminga and John Olthuis were then given the opportunity to personally submit a brief on Christian education to Premier Manning early in 1964: “Their main purpose was to present some of their arguments in a more orderly fashion than had been done previously. They stressed that education always has a basic philosophy and questioned the fairness of the government in subsidizing the humanistic one (the public system) and not the Christian” (pp. 61-62).

Later in 1964, the president of APSCA, Dr. Gulbrand Loken, was able to present a brief to the provincial Cabinet in favour of government funding for private schools. As well, supporters of private schools continued to meet with their MLAs.

Early in 1965, the Societies for Christian Education, together with the Christian Action Foundation, produced a brief that was presented to the Cabinet by John Olthuis and Dr. Vanden Born. According to Digout, “Freedom for Alberta parents to educate their children in accordance with their world and life view was emphasized, as well as the right of every citizen to exercise freedom of choice in the matter of education” (p. 69). They argued that allowing private schools to share in the funds available for education would be more consistent with the pluralistic character of Alberta society and protect against the dangers of a uniform state system of education.

In March 1966, a supportive Social Credit MLA, Donald Fleming, introduced a resolution into the Legislature calling upon the government to provide financial aid for private schools. Since 1962, when the previous motion had been easily defeated, a number of Social Credit MLAs and Cabinet members had changed their minds on this issue due to the lobbying efforts of private school supporters. This new resolution passed easily, despite opposition from the Minister of Education, Randolph McKinnon. But the former education minister, Anders Aalborg, had been swayed by the arguments he heard and supported this resolution.

Early in the following year (1967), the government passed an amendment to the School Grants Act that provided for financial assistance to private schools. Private schools that met the government’s criteria were eligible to receive $100 per pupil each year. In later years this amount was increased.

Digout writes that the three key activists in the campaign for government funding were Rev. Tamminga, John Olthuis and Dr. Vanden Born. He goes on to note that “It also seems apparent that three organizations—the Association of Private Schools and Colleges in Alberta, the Christian Action Foundation, and the Societies for Christian Education—were largely responsible for bringing the arguments in favor of public aid to the attention of elected government representatives” (p. 127).

The key point here is that private school funding began as a result of Christian political activism. Government funding for private schools has never been widely popular; most people probably don’t care much about it. From a political science perspective, this episode is a classic example of successful interest group politics. A relatively small group of people, dedicated to their cause and highly motivated, lobbied the government and individual MLAs, and eventually accomplished their goal.

Home educating families who receive their funding through private schools in Alberta today are, in some sense, beneficiaries of that effort.