Posted by Parents for Choice in Education on June 15, 2019 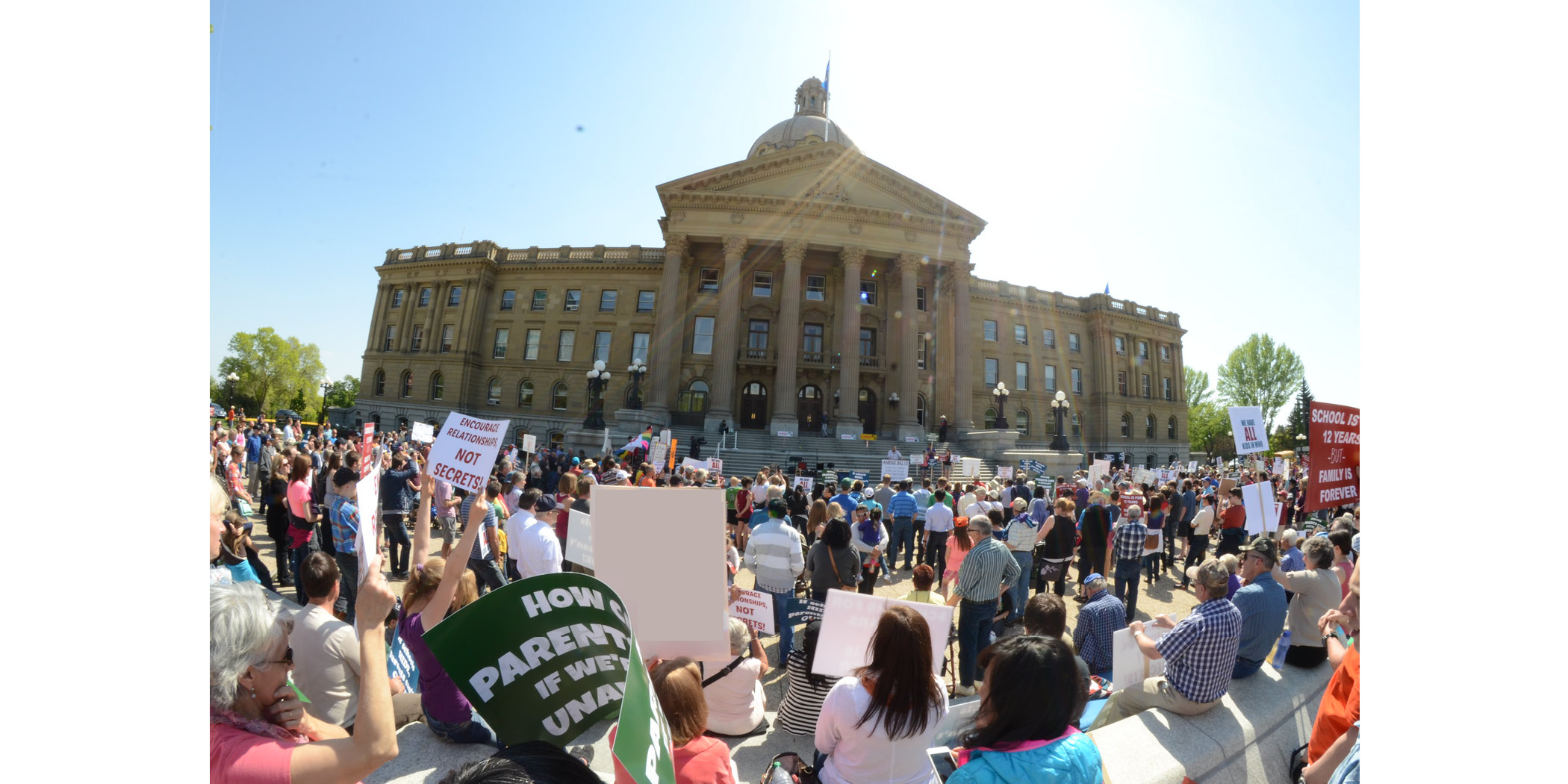 During Question Period on June 13th, a Member of the Legislative Assembly (MLA) made false statements on the public record about Parents for Choice in Education (PCE).

PCE has submitted a letter to the Speaker of the Legislative Assembly formally requesting that the MLA issue a public retraction of the inaccurate representation of our organization and that a correction be made in the record of the Assembly regarding the mission, principles and advocacy work of PCE.

A PDF of the letter is available by clicking the image below. 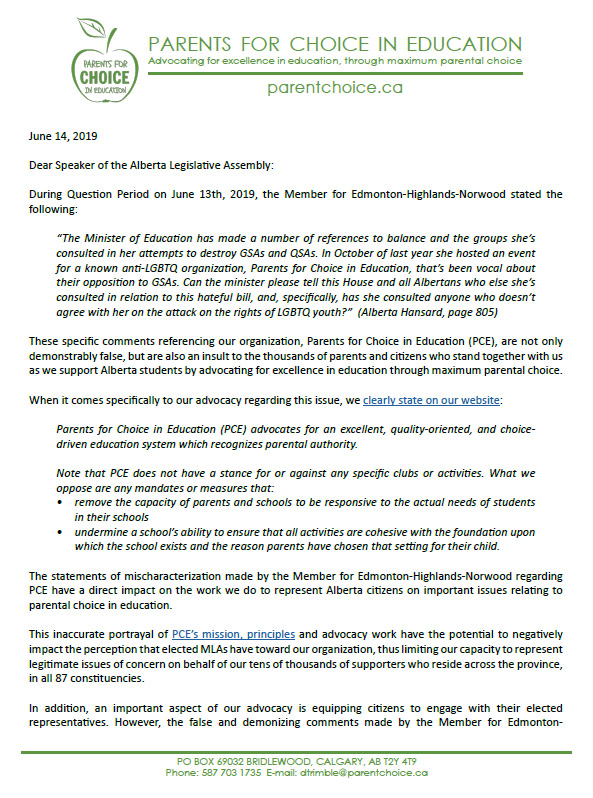 Devastating outcomes should not be ignored

During the Question Period exchange in which PCE was specifically mentioned (see Alberta Hansard, page 805), the MLA for Edmonton-Highlands-Norwood aggressively questioned Education Minister LaGrange regarding those who were consulted in relation to Bill 8, and whether those consultations were limited only to those who were in agreement with the Minister.

PCE would ask the exact same question of the MLA for Edmonton-Highlands-Norwood, and all other members of her NDP caucus: Have they limited their consultations only to those who agree with them, or have they taken time to consider the first-hand experiences of students, parents, principals and school staff who have already experienced devastating impacts of the poorly-written legislation that their party continues to defend?

We urge all MLAs to do their homework and engage in genuine consultation before they make comments on the public record in the Legislative Assembly.

As always, PCE welcomes dialogue with any of Alberta's elected representatives who wish to engage in respectful and reasonable discussion in order to more accurately understand our mission and principles, as well as the important work we do to support Alberta students by advocating for excellence in education through maximum parental choice.