Parents, Don’t Succumb to False Rhetoric; Stand for Your Children

Posted by Parents for Choice in Education on May 04, 2017 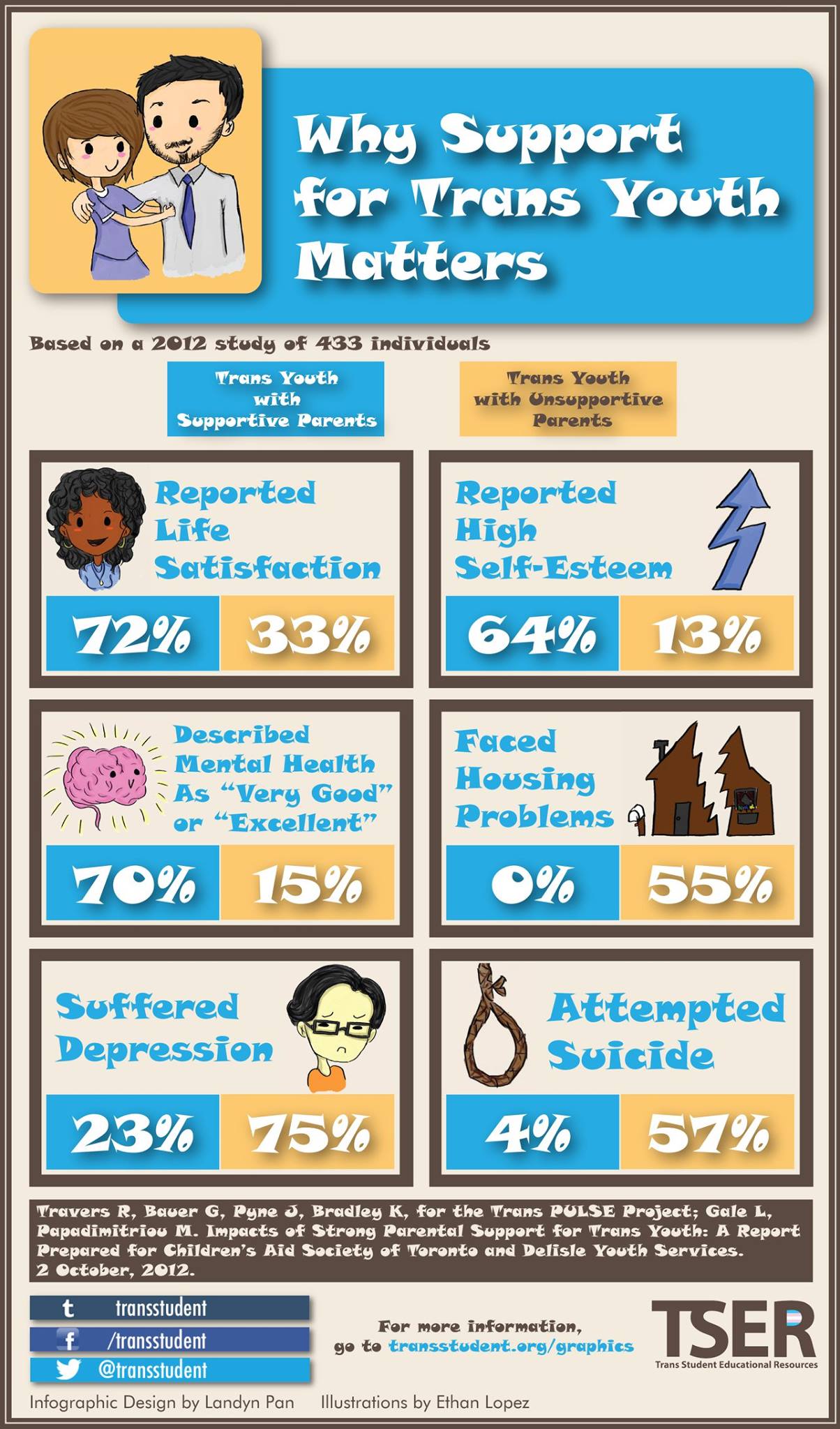 This TSER poster identifies just how important parent support is to the health and safety of trans youth. After all, if parents aren't aware, they cannot care!

Yet far too often those in the public sphere, including our own Education Minister, other political leaders and organizations like Progress Alberta, continue to engage in false rhetoric that convicts Alberta's loving parents en masse, as untrustworthy.

They do so by relying on an oft used statement that to engage parents is akin to 'outing' sexual and gender minority children. This is an attempt to instill fear in our political representatives, and in parents themselves. Who wants to 'out' anyone? Who wants to be accused of not allowing their children to access supports?

However, if the genuine priority was protecting children in schools, these individuals and groups would prioritize the enhancement of parent engagement in schools instead of enforcing measures of secrecy and replacing the support of parents with alternative resources.

Many Alberta schools are sidelining a student's most important support network - their family - at the same time that funding for professional counselling resources like psychiatric care are being drastically reduced in schools. All this while Alberta Education continues to entrust the care of students to an organization that has endangered children and broken the public trust.

Our children are far too important to allow this 'outing' rhetoric to take hold in our public discourse. To do so allows the growth of the false narrative that the majority of parents are dangerous to their own children.

Schools already MUST engage social welfare if a child is genuinely endangered at home.  We cannot,  as parents, accept the assumption that child protection agencies already in place are not enough. When we abdicate our parental responsibilities for our most vulnerable children to schools who have dangerously narrowed resources, this does not create safer schools. Quite the opposite.

If you, as a parent, are searching for a thorough understanding of the issues and how you can respond, watch Donna Trimble, Executive Director of PCE and Theresa Ng, author of Informed Albertans, as we engage in two frank, in-depth conversations in studio with Paul Arthur, from Insight, at Miracle Channel:

Stand up parents, and be the support system your children need. You are the expert on your children. Don't let any institution or government body scare you into abdicating the care of your children in school.

We at  Parents for Choice in Education take no position for or against any resource or club a parent may deem best for their children. We simply stand steadfast in our trust in you, the parents of Alberta, to know what supports would be best in each unique setting, for each of your unique children.

We stand with each one of you, as a non-partisan and non-religious organization, to demand you are returned to your rightful position in schools as the primary caregiver and educator for your precious children.