Posted by Parents for Choice in Education on October 01, 2019 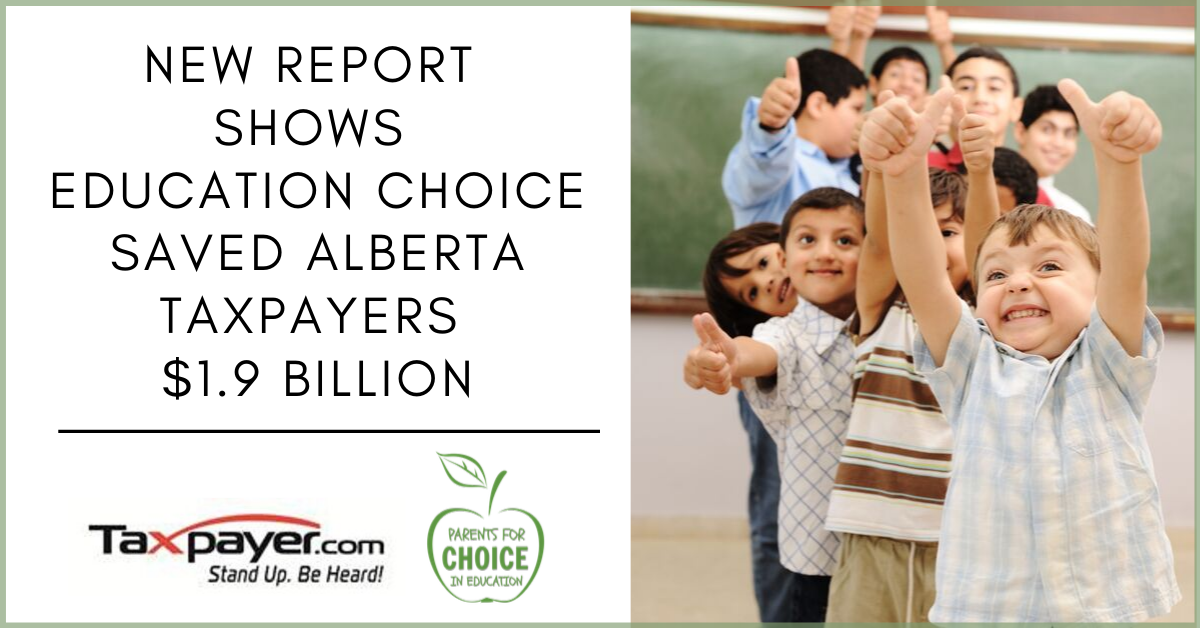 “The province’s own data shows clearly that independent schools and home education are a bargain for taxpayers, since these students receive only a fraction of the per-student amount provided to public schools and receive zero per cent for their capital costs, including buildings and busing,” says policy analyst Mark Milke, who co-authored the report with CTF’s Paige MacPherson.

Donna Trimble, Executive Director of Parents for Choice in Education, sees this report as essential to confronting false narratives about education funding. “Alberta families from a range of socio-economic backgrounds are increasingly seeking alternatives to public-government schools to support student success. Any loss of funding for these alternatives would not only cost taxpayers more, but also create a two-tier system where only the wealthy can afford education choice and no one else can.”

“School choice is saving taxpayers a ton of money. With the Alberta government steamrolling towards $100 billion in debt, it needs to look at all options for saving money, such as supporting school choice for parents and students,” said Franco Terrazzano, Alberta Director for the CTF. 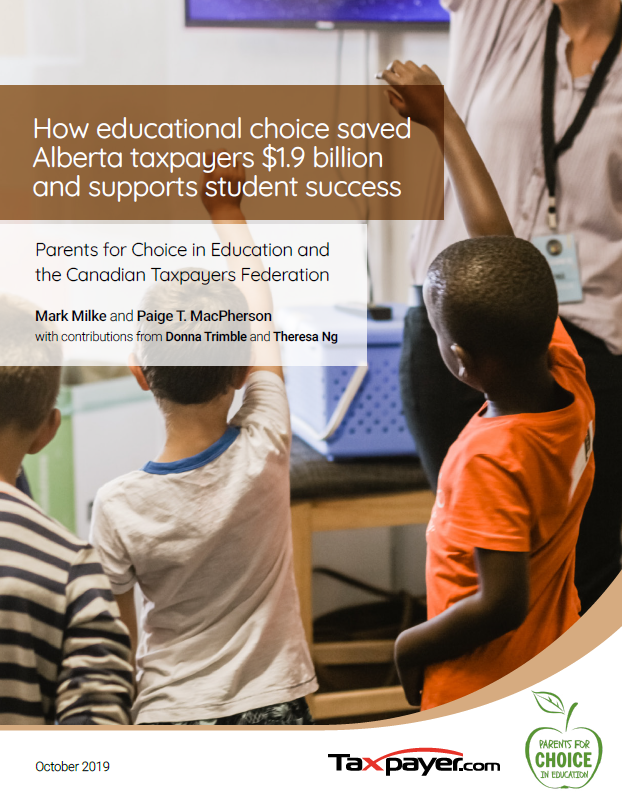