Posted by Parents for Choice in Education on June 26, 2020 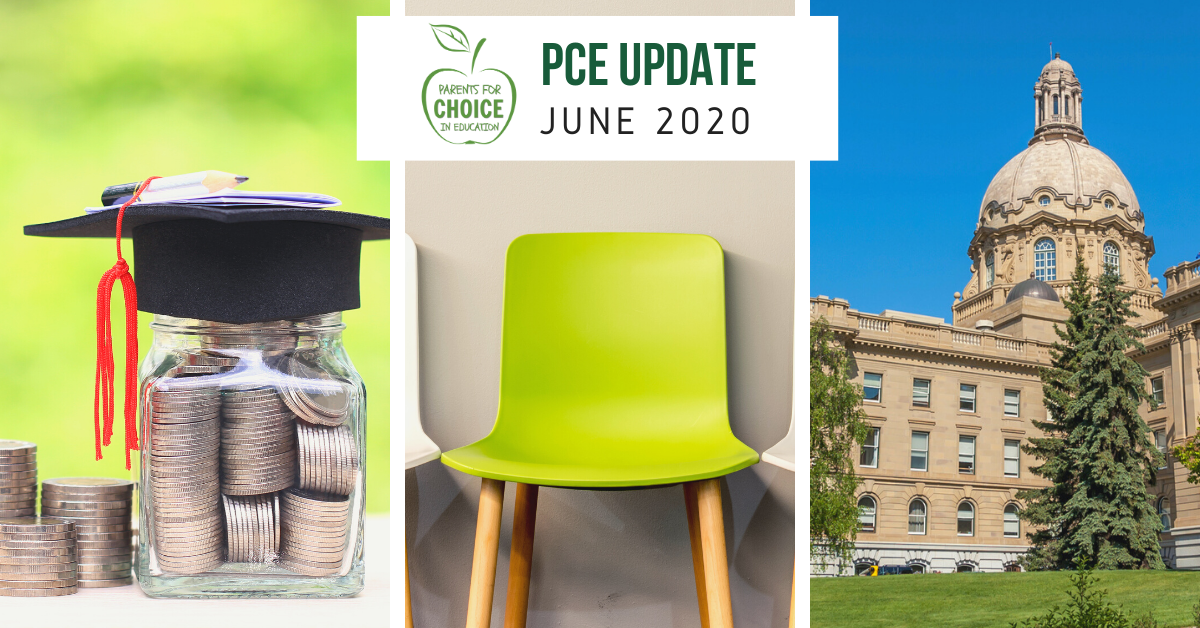 Congratulations to students and parents for officially completing the 2019/20 school year, especially given the unprecedented challenges of the past few months!

June has also been an eventful month in the landscape of education choice - learn more from the updates below!

Bill 15, the Choice in Education Act, successfully passed third reading late in the evening, Wednesday, June 24 after extensive debate, including nine proposed (and defeated) amendments by the NDP.

It received royal assent on June 26th and will come into force September 1, 2020.

Do you know someone who may be interested in applying for this important and exciting role?

The June 30th application deadline is quickly approaching (just a few days away!) so if you know someone who may be a good fit for this job please invite them to check out the job posting as soon as possible! 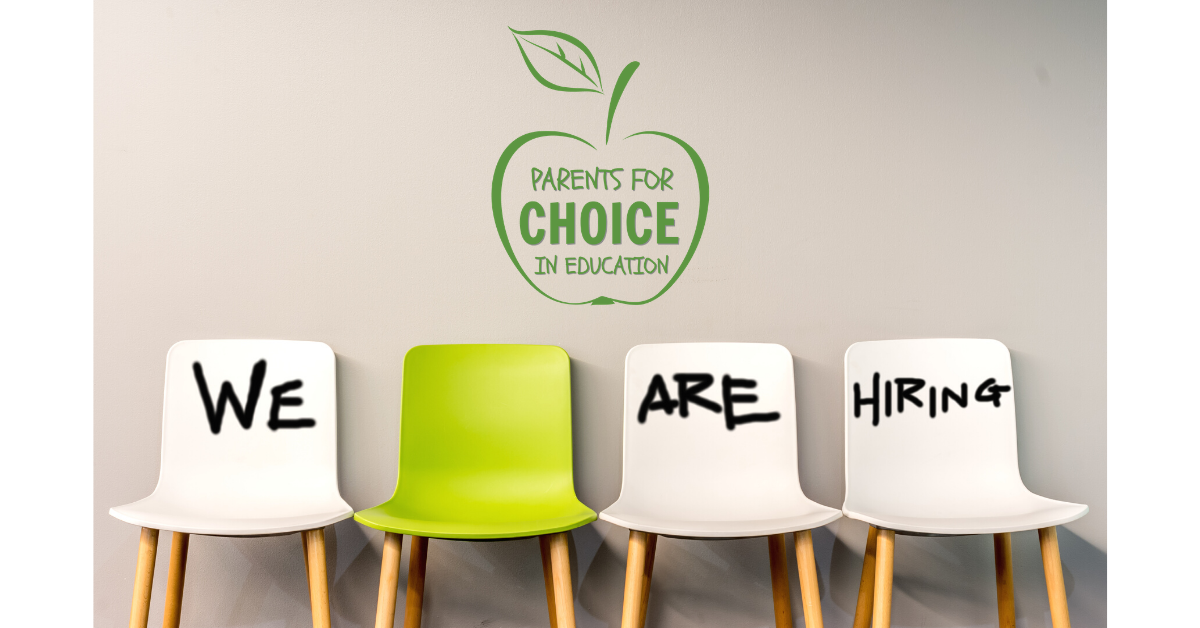 As this unusual school year draws to a close, many students and parents are thinking about options for next school year.  Given concerns with COVID-19, some are even exploring education contexts they hadn’t previously considered.

That said, PCE invites families to peruse our section “K-12 Education options in Alberta” for links to information about a variety of different education delivery options. 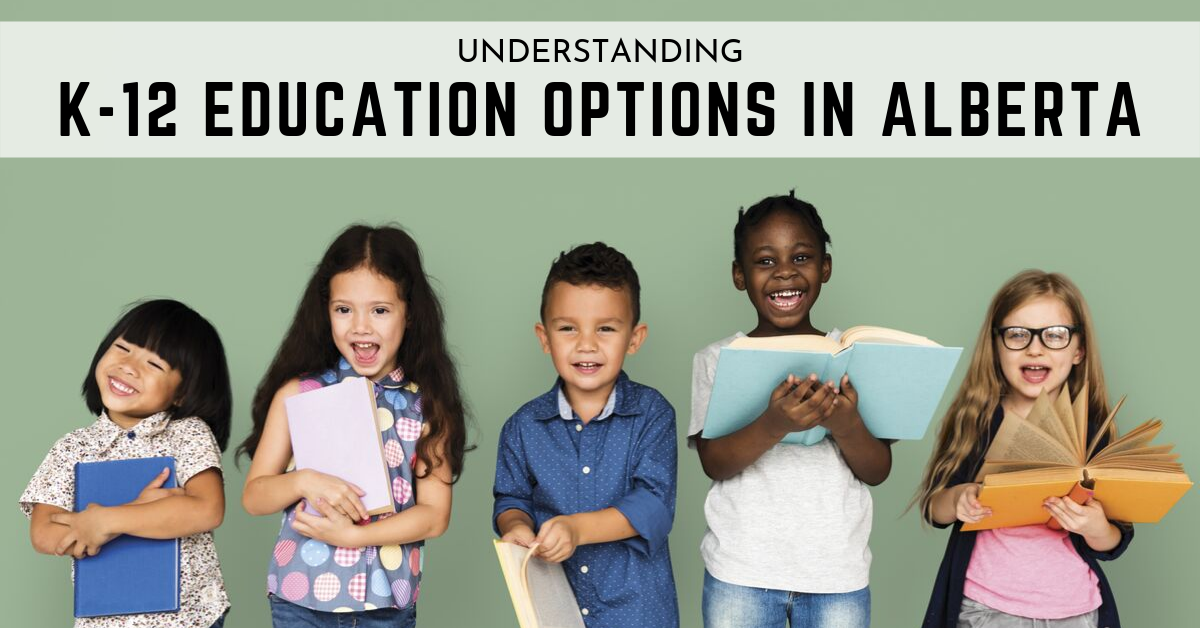 In late February Alberta Education released an interim version of a new funding framework, creating a drastic shift in the way education funding would be allocated in Alberta.

One of the most significant changes in the new funding framework was to move away from funding allocated on a per student basis, previously based on actual September 30th enrollment counts, and instead use a three year “Weighted Moving Average (WMA)” approach.

PCE recognizes there are some benefits to this new approach, including:

However, PCE is also concerned that shifting to a WMA approach creates less responsiveness to student needs since there is no longer a direct correlation between the actual needs of students on the ground and the levels of funding provided. This approach will be especially challenging for school authorities with faster-paced growth, and those with smaller economies of scale.

From March until mid-June, PCE worked extensively and diligently to help mitigate several threats posed to education choice contained in both the February and April 2020 versions of the funding manual.

PCE has greatly appreciated this government's willingness to engage in a wide range of ongoing consultations to gather feedback on the funding framework and we applaud the Department of Education for their willingness to make substantive changes based on this feedback.

When comparing the original February 2020 interim manual to the most recent June 2020 version there are several noteworthy positive changes that help support education choice, as described below.

First, it is important to reiterate what is meant by home education in Alberta - namely that it is a distinction of authority, not location.

A student is classified as home education only when their parent is in full authority to direct their education program, as governed by the Home Education Regulation.

Note that if any part of a child’s education program is provided by a teacher employed by a school division - regardless of whether the learning/activities take place at home - then that portion of a student's programming is not classified as home education, but rather as "school at home" or distance/online learning (to learn more visit PCE's page Understanding home education in Alberta)

Conservative Party leadership race: Get to know the candidates

As you may be aware, the Conservative Party of Canada (CPC) is in the midst of selecting a new leader for their federal party.

Leadership races – whether provincially or federally – offer a tremendous opportunity to influence the trajectory of a political party, as well as the future direction of our province and country.

In fact, whoever wins the CPC leadership has the potential to become Canada’s next Prime Minister if the Conservative Party was to form government after the next election.

Learn more about each candidate’s stance on a variety of issues – including parental authority – by visiting “Conservative Update”, an online resource offering videos and links to the policies and websites of each of the four candidates.  Only those who already have a CPC members will be eligible to vote in this leadership race.

Included below are several recently published articles, related to our advocacy toward an excellent, quality-oriented, choice-driven education system which recognizes parental authority.

“I’ve been hit over the head with one such agreement this week in the legislature’s debate over Bill 15, the Kenney government’s slight tinkering to increase Alberta’s already abundant school choice options.  Unlike almost every other North American school jurisdiction, Alberta is generally at peace over school choice." [READ MORE]

"[This reform] also removes the possibility that any school board— unwelcoming to competition — could create high barriers to prevent the creation of new charter schools. And Alberta families are increasingly choosing charter schools for their children... Between 2000-01 and 2014-15, enrolment at charter schools rose from 2,558 to 9,131 — an increase of 257 per cent." [READ MORE]

Let's have diversity of school choices

Why Homeschool? Parents, Educators & Students Comment On The Benefits Of Homeschooling

PCE has received numerous queries around home education, especially since the disruptions which have occurred over the past few months. For anyone considering this option, here is a page offering a collection of first-hand reflections from students, parents and educators related to their home education experiences. [READ MORE]