Posted by Parents for Choice in Education on March 14, 2016

1. The new gender Guidelines and Bill 10 assume the worst of Alberta parents, damaging the parentchild bond by not allowing schools to notify parents of their children’s identity struggles in school. Teachers, principals and other staff are now prevented from informing parents about their child’s struggles with gender identity and sexual orientation, and about their child’s involvement with a Gay Straight Alliance, unless the child consents to her/his parents being informed.

2. The gender Guidelines, which apply to all Alberta schools, require that boys be allowed to use girls’ bathrooms, change rooms and showers, from the moment that a boy “self-identifies” as a girl; same for a girl who “self-identifies” as a boy. The Guidelines require schools to reduce gender-segregated activities, including boys-only and girls-only clubs, sports teams, uniforms, etc. and start using “nongendered” language (e.g. parents/guardians, partners, instead of mother, father, he, she).

3. Bill 10 puts children in charge of what clubs and activities are permitted at the school they attend, and legally prevents parents from having any say in the matter. Bill 10 removes from principals and teachers their autonomy to work with parents to address bullying in the way that is best suited to meet the unique circumstances of each local school.

4. The Guidelines and Bill 10 violate Article 26(3) of the Universal Declaration of Human Rights: “Parents have a prior right to choose the kind of education that shall be given to their children”.

5. The Guidelines and Bill 10 violate Article 18(4) of the International Covenant on Civil and Political Rights, which requires governments to respect “the liberty of parents . . . to ensure the religious and moral education of their children is in conformity with their own convictions.”

6. The Guidelines and Bill 10 are contrary to the Supreme Court of Canada ruling in Loyola v. Quebec, 2015 SCC 12, in which the Court upheld the right of parents to determine the culture, character and learning environment of the schools that their children attend.

7. The Guidelines and Bill 10 are not based on objective or comprehensive research, and do little to address the root causes of bullying in schools. They are based on ideology rather than evidence.

8. Bill 10 forces every school in Alberta to establish clubs and sponsor activities that may be completely contrary to the school’s mission and beliefs, and hostile to the morals and principles that parents teach their own children at home.

9. Bill 10 was passed by the Alberta Legislature in March of 2015 in a matter of hours without any public consultation about the actual law that was passed. The Alberta Education Minister has publicly threatened to “work with” any school or school board that refuses to implement the Guidelines or to establish a Gay-Straight Alliance. The Minister has refused to guarantee continued funding and accreditation to schools and school boards which reject the Guidelines.

10. The best way to provide a welcoming, caring, respectful and safe learning environment in Alberta schools is through active parental involvement and participation. Bill 10 and the Guidelines, which deliberately exclude parents from being informed or involved, are contrary to achieving this goal. 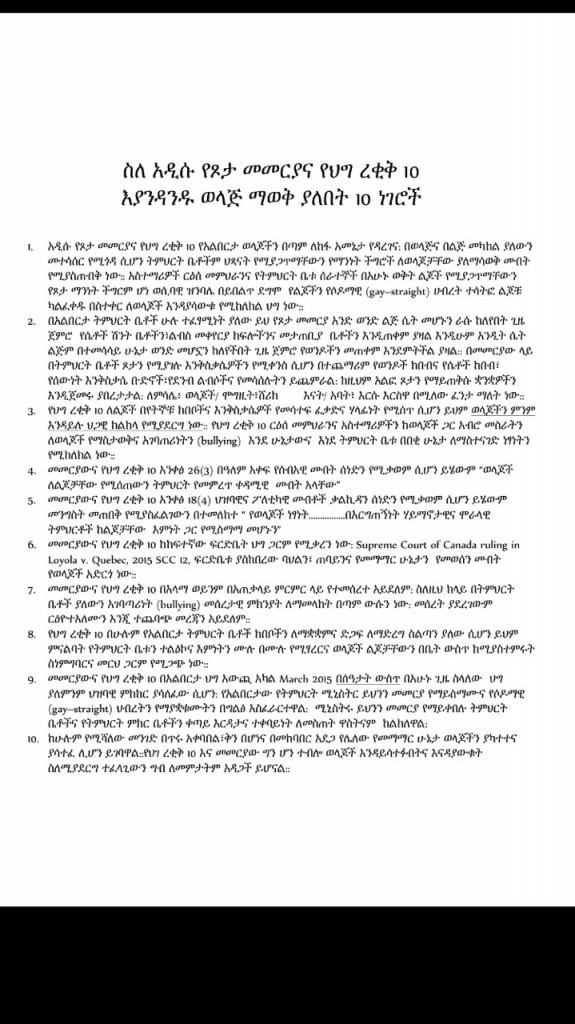 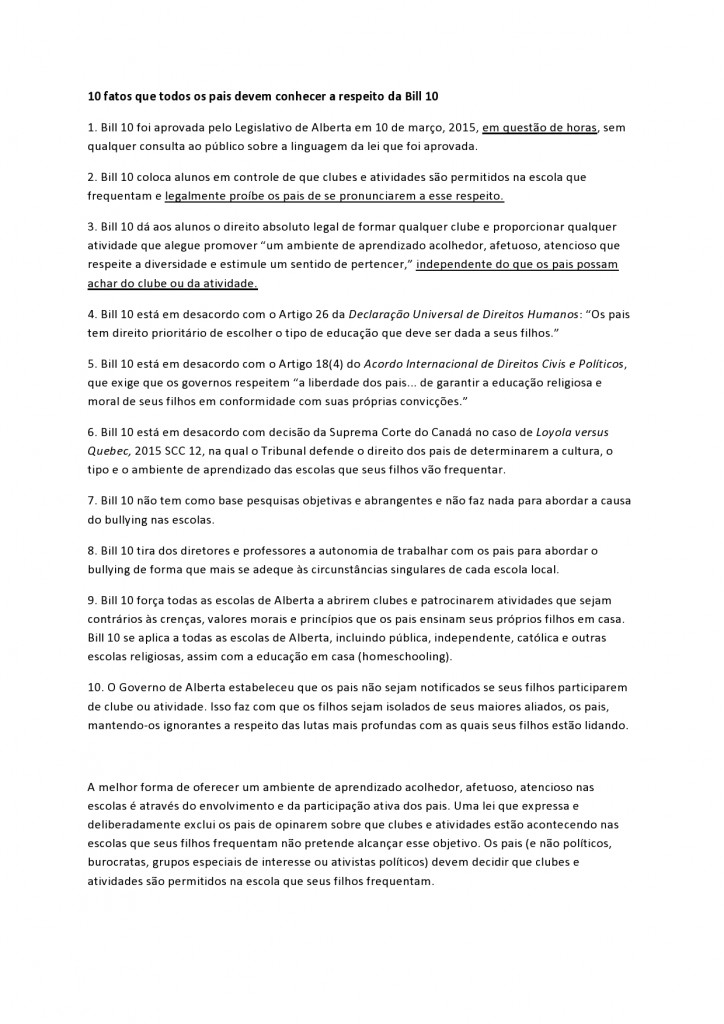 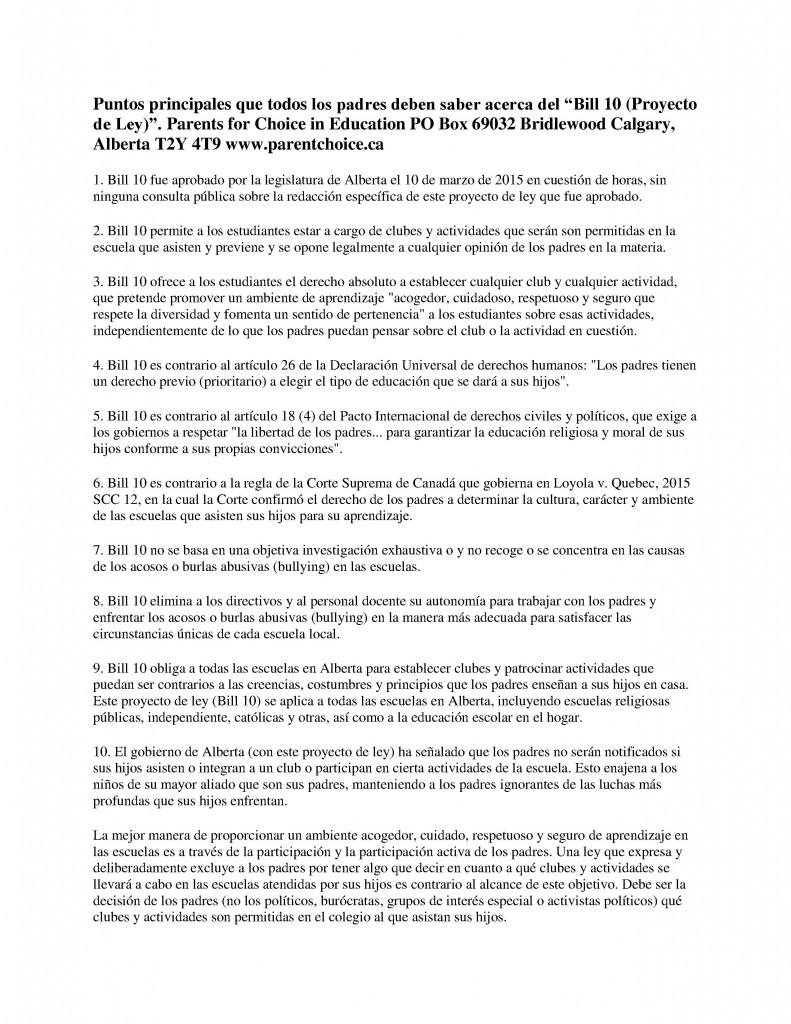