Posted by Parents for Choice in Education on September 01, 2020 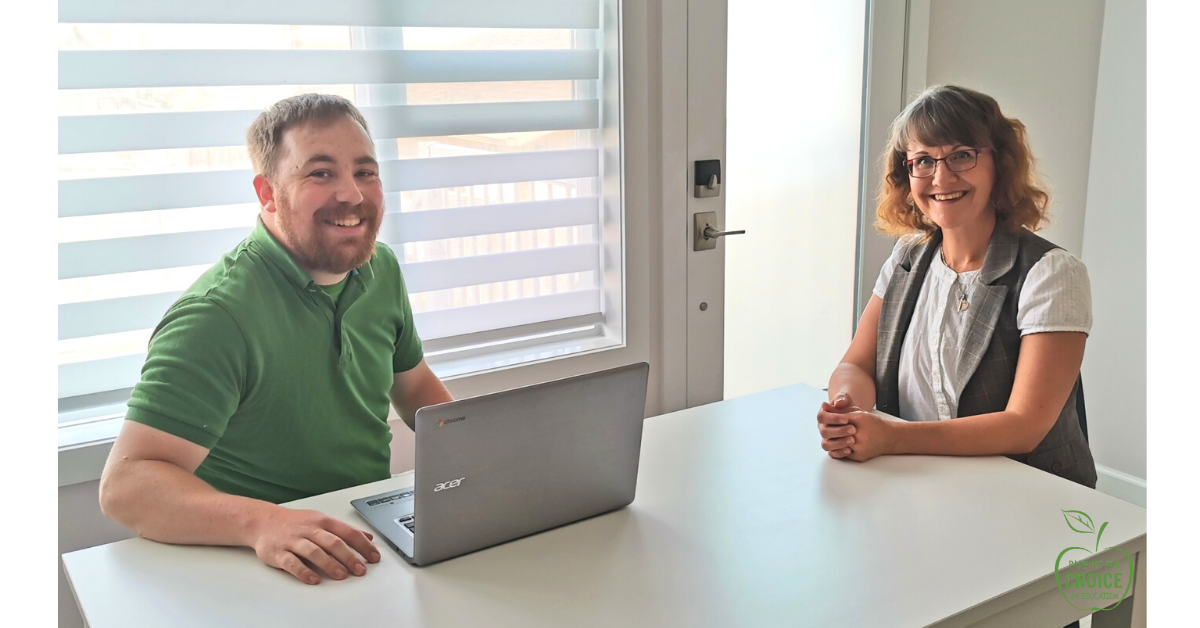 September marks a time of transition for many families as students head back to classes in one of the most unusual years in recent memory.

This month also means a major transition for Parents for Choice in Education (PCE) as Donna Trimble steps down and we welcome our new Executive Director to the helm.

Lots of important updates in this month’s PCE newsletter below!

“You’d be hard pressed to find a more honest man.”

Over and over again these same words and phrases emerged as common descriptors by references contacted by our PCE Executive Search Committee.

Jeff brings to the role a strong political and academic background, with participation in over 75 political campaigns alongside a degree in Government: Politics and Policy from Liberty University in 2010.

Jeff also has a tremendous amount of research and writing experience accumulated from previous positions, including as a research intern at the Home School Legal Defense Association, a teaching assistant at Liberty University and a constituency assistant in Calgary.

Most important, Jeff has personal skin in the game.  He is a father to three young children, with a fourth on the way in December, and is deeply committed to ensuring maximum education freedom and access to education choice in Alberta for his family alongside all Alberta families.

I have had several conversations with Jeff over the past couple weeks and am truly excited about the new energy, expertise and vision that he will bring to our organization.  PCE is aware that Jeff has had allegations brought forward in relation to one of his previous political involvements.  He has publicly defended himself and consistently maintained his innocence.

As Jeff steps into the position of PCE Executive Director, I will now move into my new role as a PCE Board Director.  In this capacity I will continue to mentor Jeff in his new role and will look forward to witnessing PCE’s ongoing impact on Alberta’s education landscape as we continue to advocate for excellence in education through maximum parental choice.

PCE would also like to extend a huge thank you to each of the fourteen applicants who put themselves forward for consideration for this position.  We hope that each of these talented individuals will continue to contribute their skill sets and expertise toward strengthening education choice in Alberta. 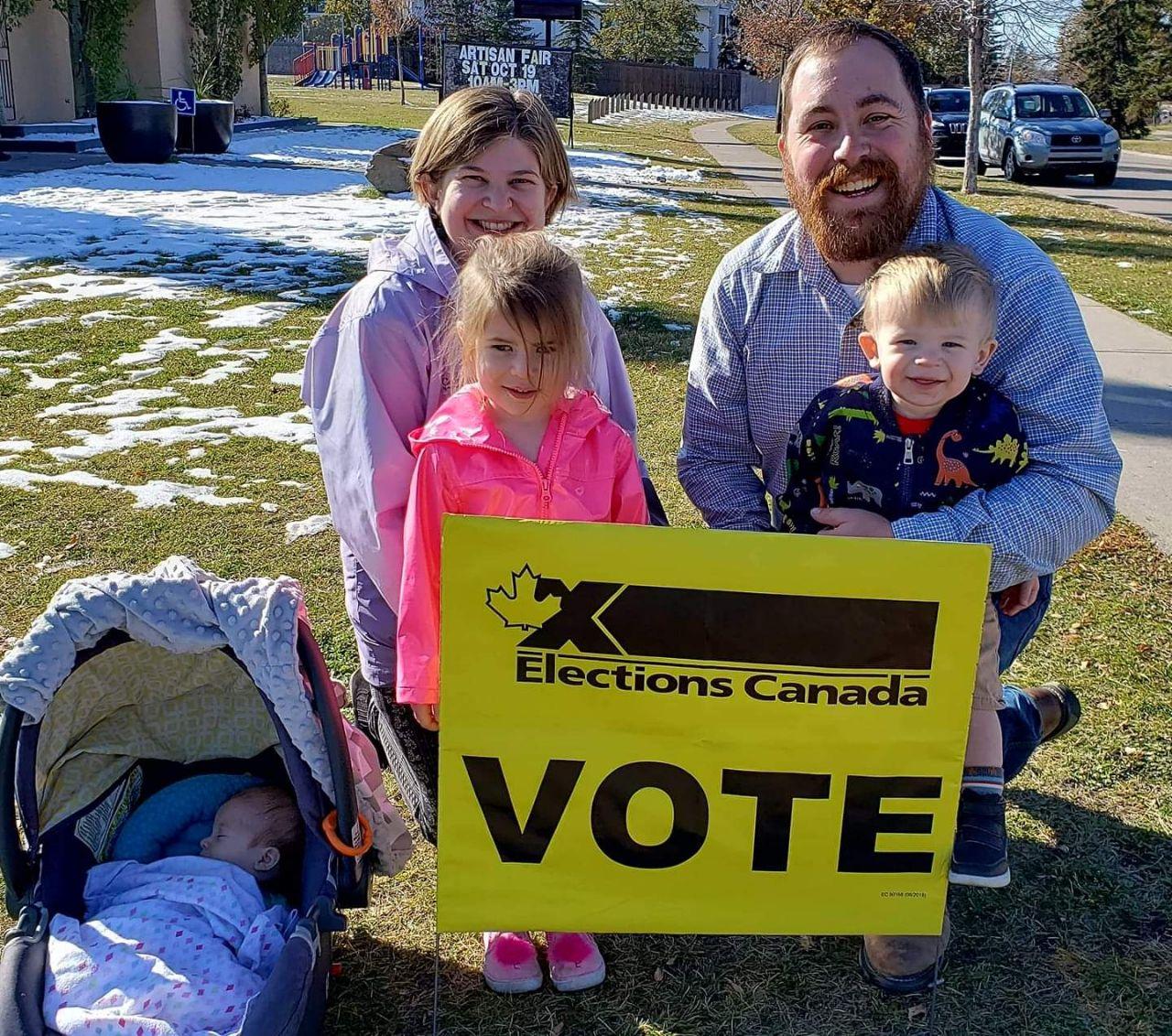 A tribute to Donna Trimble – warrior and friend

It was Donna Trimble’s column “An Alberta mother’s call to action” back in January 2016 that snapped me to attention.

Donna’s words gave voice, legitimacy and coherence to the concerns burdening my own heart and mind after the “Guidelines for Best Practices” were released.  Donna helped me and so many others find our own voice through her courageous example. I was truly inspired.

Years later Donna confided that she had intended to step down as PCE Executive Director after that column was written in 2016.  But the tremendous response it received persuaded her to stay on.  I’m so glad she did.  Alberta’s education landscape is certainly the better for it.

Over the last four and a half years it has been a tremendous honour and privilege to work closely with Donna, first as a volunteer with Parents for Choice in Education (PCE) and then as a coworker.

Donna has persevered as a fierce advocate for parental choice in education, even as she faced tremendous personal struggles, including battling breast cancer.

PCE accomplished remarkable successes under Donna’s leadership, thanks in large part to her incredible intuition, deep core convictions and profound sensitivity and concern for the needs and challenges faced by others.

Donna’s contributions have enriched and strengthened education choice in Alberta and I will treasure all the memories and lessons I gleaned from my years working with her.

On behalf of the PCE Board of Directors I would like to thank Donna for her years of service to our organization in the role of Executive Director and for her tremendous dedication which has helped inspire, empower and equip tens of thousands of Alberta parents to step more fully into their role as the primary caregivers and educators of their own children.

We wish Donna all the best in her future endeavours and look forward to her continued insights and guidance as she continues to contribute to PCE as a Board Director.

Donna, you are truly an inspiration and to be commended for all your hard work!  Thank you!

New vision for student learning in Alberta - a tremendous improvement!

Parents for Choice in Education (PCE) applauds the new Ministerial Order on Student Learning which was released earlier in August.

Many may recall that in January 2020 the government solicited public input for this new framework document through a survey, as well as several in-person and virtual engagement sessions.

PCE was grateful to hear from many supporters who contributed important feedback during that time!

PCE appreciates all the efforts of the Curriculum Advisory Panel toward the creation of this new framework, which represents a tremendous improvement over the 2013 version it is replacing.

This Ministerial Order for Student Learning is of paramount importance as the foundational vision document guiding K-12 education, setting the values, learning foundations and outcomes for student learning in Alberta going forward.

We encourage PCE supporters to read through the Ministerial Order on Student Learning for themselves, available in its entirety as a blog article on PCE’s website: New vision for student learning in Alberta - a tremendous improvement!

The following update on curriculum development was provided in an August 6th government media release:

“Now that the new ministerial order is in place, the 2018 draft K-4 curriculum will be reviewed and future curricula will be drafted for the next grades. All draft curricula will be aligned with the new vision.

How are COVID measures impacting choice in education?  PCE wants to hear from you!

In the midst of all the turmoil brought on by COVID measures, there has been tremendous innovation emerging on the landscape of education choice as parents, students and the community seek to meet the needs of K-12 children and their families in new and varied ways.

For example, there has been incredible growth in home education, new parent Facebook groups focused on micro-schools, and a proliferation of students accessing at-home online teacher-directed learning options in Edmonton Public and Calgary Board of Education.

Businesses like trampoline parks are even offering options of supervised physical activity and on-site tutoring to support students who are enrolled in online teacher-directed classes.

PCE is also aware that COVID measures are restricting access to choice in education in different ways.

On that note, we welcome your feedback as we seek to better understand the impact of COVID measures on education choice.

As we settle into a new school year feel free to reach out to PCE’s new Executive Director, Jeff Park, at [email protected] to share your firsthand experiences of how COVID measures have impacted your capacity to access education choices that work best for your K-12 children.  We look forward to hearing from you!