Posted by Parents for Choice in Education on December 08, 2016 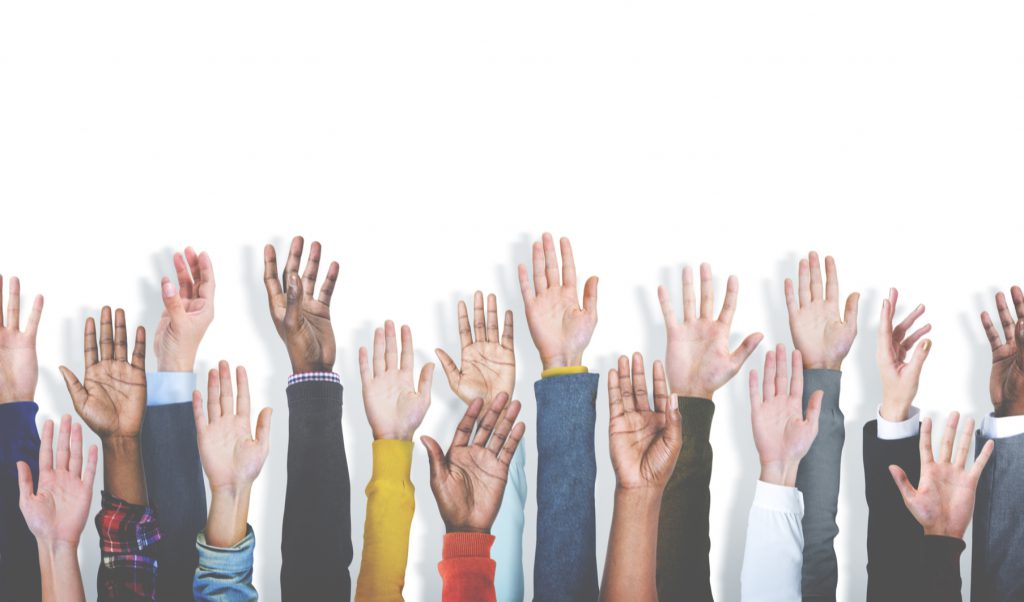 The Alberta Teachers' Association has described Alberta citizens as 'fearmongers' in a recent ATA News cartoon.

On November 7, 2016 Donna Trimble, Parents for Choice in Education (PCE) Executive Director, penned an article on the parentchoice.ca website expressing deep concern and opposition to the Polarizing ATA Prism Toolkit released in October 2016 by the ATA.

This article also described the ATA’s unprofessional cyber bullying of citizens who publicly voiced concerns about the document. Theresa Ng, author of Informed Albertans, detailed the issues that arise in the toolkit itself in: You think you know what Alberta students learn in school?

PCE opposition to the Prism Toolkit, Secondary Edition was summarized by stating:

Statements made in this document discriminate against many Alberta teachers, students and families by describing the binary belief in male and female perspectives on gender as “overly simplistic and often wrong“, “misleading” and “exclusionary and harmful” (page 21), while imposing only one perspective on gender as fluid and subjective, as represented by the Gender Unicorn. The wide-spread media focus on the controversial ATA Toolkit tended towards a few details in particular, including the lesson plan titled ‘Drag 101’ in drama and cosmetology.

This toolkit however, also offers suggested lessons in a variety of subject areas from math to science and language arts to religious studies. A key concern for parents is that such embedding of gender fluid concepts, which may be in contradiction with their own family perspectives, makes it all but impossible for parents to be aware that such lessons are being taught.

The toolkit also suggests that teachers display a variety of pronouns and ask children to integrate them into writing assignments in the class. 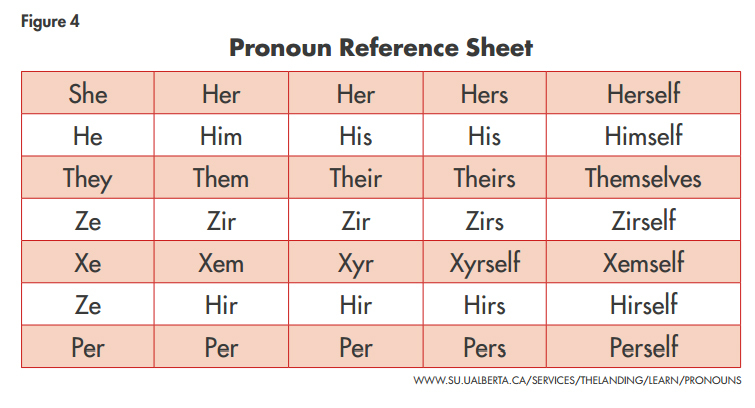 Another deep concern is the suggestion that educators move away from using binary pronouns such as girls and boys and move to a list of alternative options such as 'comrades'. This pronoun option garnered a talking point in every media story. 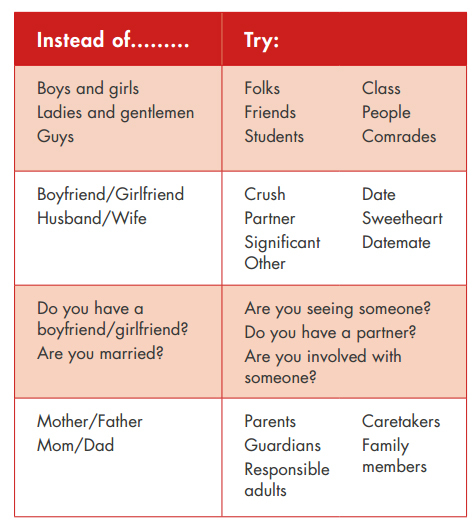 Interestingly, after the public outcry against this PRISM Toolkit, the most egregious and polarizing statements remain in place, yet the ATA has removed the word ‘comrades’ from the online version of the document. (page 22)

It is quite apparent that the ATA cared more about stopping the media firestorm over one word -comrades- than they did about addressing the actual fundamental premise underlying the concerns of thousands of Alberta citizens, parents and educators alike, regarding the ramifications of this discriminatory document.

The ATA claims that the lessons prescribed in the PRISM toolkit are necessary in order to prevent a prejudice born of heteronormative privilege in society. This introduces a false dichotomy that the only way to provide support to gender and sexual minority children is for classrooms to teach 'gender studies', with an emphasis that gender is fluid and subjective. The ATA uses this argument to strong-arm teachers, claiming that not teaching this perspective could be considered 'malpractice'. (page 10)

Yet, what the ATA fails to understand, is that classrooms can be inclusive without a direct focus on 'gender studies'. PCE is as concerned about the health and safety of gender and sexual minority children in the classroom and would suggest that teachers can model respect and inclusion without insisting on adherence to a singular world view on gender or the introduction of gender studies in the classroom.

What makes this series of events even more shocking is the ATA has reintroduced the word ‘comrades’ to their ATA News publication in a deeply offensive cartoon that describes Alberta parents and educators as ‘fearmongers’ for having voiced their concerns about the toolkit. 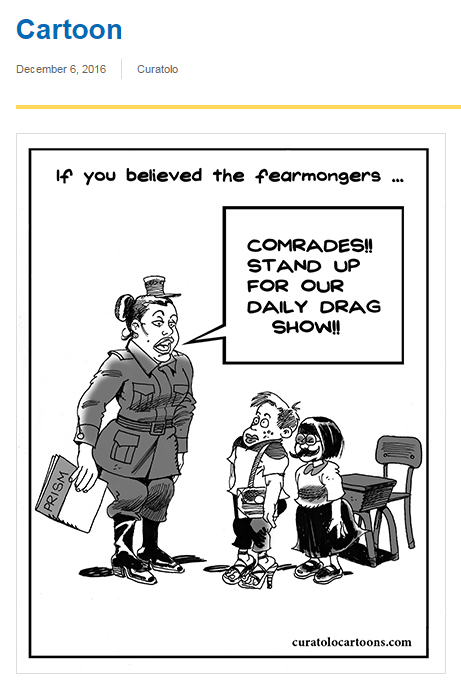 It is increasingly concerning to PCE that those in charge of the teachers' unions in Alberta demonstrate such an intense disrespect of a large swath of the educators they are supposed to represent, and worse, the parents that turn to public schools for their children's' education. This lack of civility has become the norm, not the exception, for the ATA.

Why is the ATA partnered with Alberta Education in the 6-year curriculum rewrite? How can parents feel their children are safe in schools when this teachers' union supporting body seems to feel entitled to act like one of the largest ‘bullies’ in the education landscape today? Who is the ATA accountable to for their actions, that undermine public confidence in our education system?

As written in the original article in opposition to the Polarizing ATA Prism Toolkit:

We all work and engage with fellow citizens in Alberta that have very different world views. In our everyday lives, we do not insist that all our acquaintances, coworkers, friends or even family members agree with our world view in its entirety. We are able to show respect, build friendships and engage with others regardless of what may sometimes seem to be insurmountable differences.

It is essential that our students learn the art of agreeing to disagree, understanding that when someone has differing opinions than them on issues dear to their hearts, that this does not mean that there cannot be a deep sense of concern and respect for one another.

It is essential that we, the adults in Alberta, set an example by insisting that our classrooms have as much respect for our pluralistic, multicultural society as our work spaces and our communities are expected to.

This ATA PRISM Toolkit (secondary edition) fails to meet this measurement. If we do not teach and model for our children how to move past differences and still be respectful and inclusive to all, we risk the very stability of our multicultural and pluralistic province, and nation. If the Alberta Government remains heavily influenced by the ATA, without a course correction, Parents for Choice in Education believes it will be to the detriment of students and teachers across the public school system. Is Education Minister Eggen going to continue to remain silent as the ATA engages in name calling and disrespect towards Alberta citizens, compromising the integrity of our education system?

We call on the Alberta Government to distance itself from the Alberta Teachers' Association, until they can correct their communications, as they have proven themselves at this time incapable of balance and respect in their interactions with Alberta teachers, students and parents.

As for the leaders of the ATA, we call on them to do some much needed soul-searching so they can put their ideological filters aside and start working for ALL students and ALL teachers, searching for balance and open and respectful dialogue with students, educators and parents in the province of Alberta.